This quake was likely an aftershock of the 8.6 quake off the west coast of northern Sumatra (Indonesia) 11 April 08:38 UTC, which had occurred 7 days earlier. 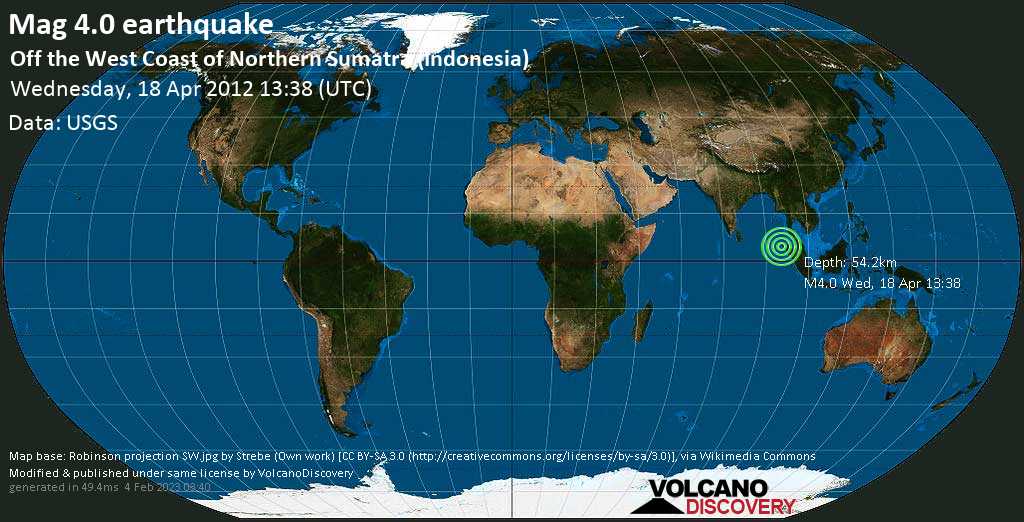 What clients have said: Browse through feedback about our tours from customers, read what they have said about us!
Volcano Tours

Volcano Expeditions: Witnessing a volcanic eruption from close is an unforgettable experience. We offer a wide variety of tours and expeditions to active volcanoes worldwide.
Vanuatu 20 Sep - 5 Oct 2020

Volcanoes & Cultures: The contrast between unspoiled rain-forest, coconut palm beaches, primitive culture and moon-like landscapes surrounding lava-spitting volcanoes could not be bigger: join us on an expedition to the two most active volcanoes of Vanuatu: Ambrym and Yasur.
Etna Discovery
25 May - 1 June