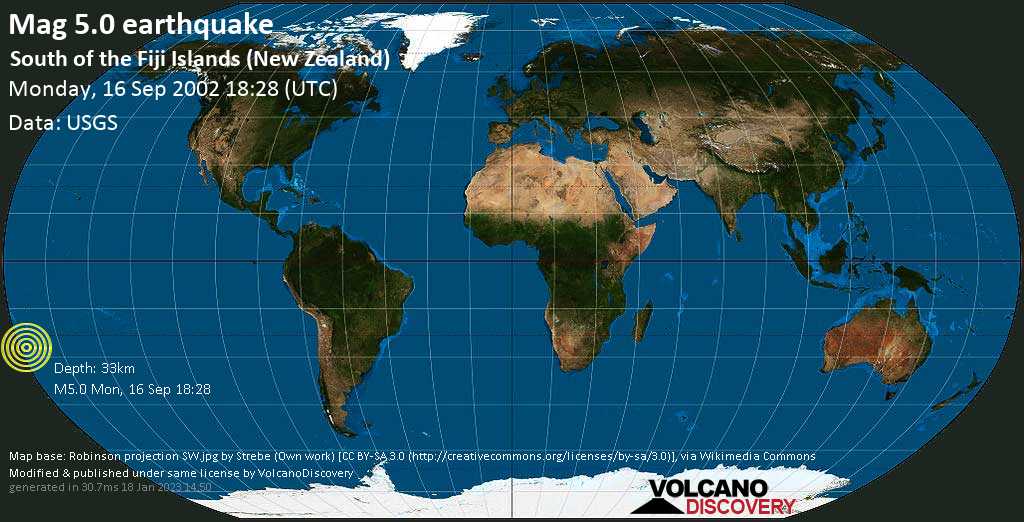 Aftershocks of the 5.0 quake South of the Fiji Islands (New Zealand) 16 September 18:28 UTC

Volcano Videos on YouTube: Our YouTube channel: volcanic activity world-wide shown through videos taken during our volcano tours and expeditions complimented by some time-lapse videos from webcams.
Vote for pictures