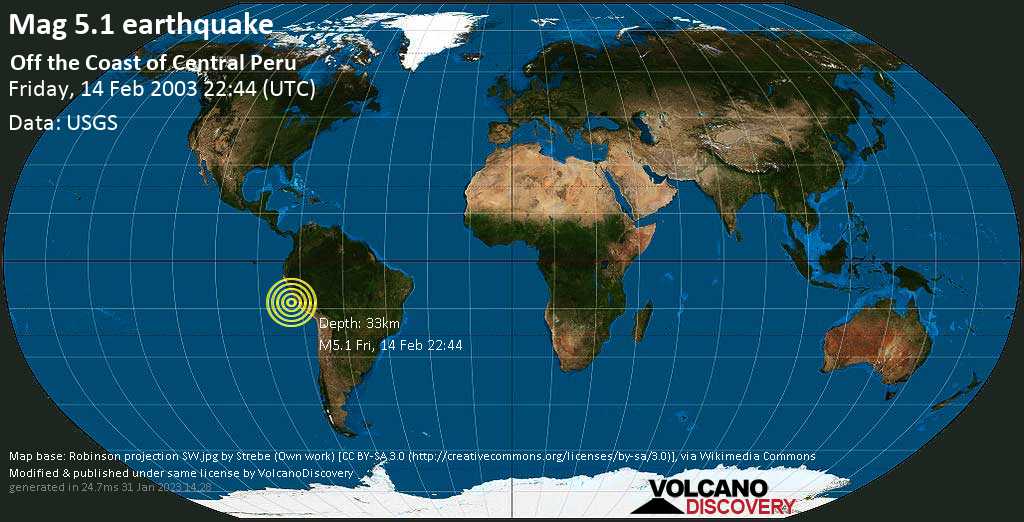 Aftershocks of the 5.1 quake Off the Coast of Central Peru 14 February 22:44 UTC

Raung volcano photos: One of the largest and most active volcanoes in East Java, rarely-visited and relatively unknown Raung became (in)famous during its recent eruption in 2015 when its frequent ash plumes forced the repeated closure of Bali's airport.
Vote for pictures

Image pool: View user-submitted images and vote for the Photo of the Month!
Krakatau

Krakatau volcano photos: Hundreds of photos from active Krakatau volcano in the Sunda Strait, Indonesia. Most of them taken during our various expeditions to this fascinating volcano.
Bromo