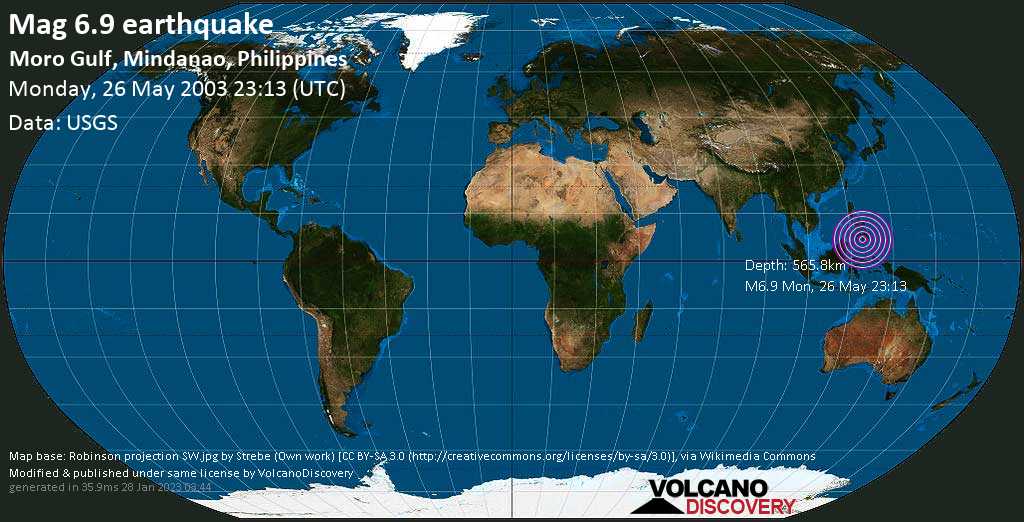 More info
Based on its magnitude, the fault that was active during the quake ruptured along a surface of approx. 794 km2 (=307 sqare miles) as a first-order estimate. The length of the rupture zone thus was probably around 49 km (30 mi).
Aftershocks typically occur during the weeks and months following the quake at or near the same fault, at distances of up to approx. two times the length of the rupture zone.
The often broadly linear arrangement of aftershock epicenters encompasses the rupture zone of the main shock (check on the map below to verify).
Recorded aftershocks, latest first (3 quakes):

Volcanoes & Earthquakes: Our popular app is now also available for iPhone and iPad! Get the latest volcano news and earthquakes world-wide - it's free!
Calendars

Volcano Calendars: We have published several volcano calendars over the years: usually, we use photos taken by us or our participants during our recent volcano tours and expeditions. A perfect gift if you're a fan of volcanoes!
Colima

Colima volcano photos: This beautiful stratovolcano in western Mexico is one of the most active volcanoes on the American continents. It is known for its often spectacular explosions and sometimes glowing avalanches.
Support us
If you find the website useful and would like to support us and help keep it alive and improve it, please consider making a small donation. Thank you!
Get the ad-free version!
Why is there advertising on this site?