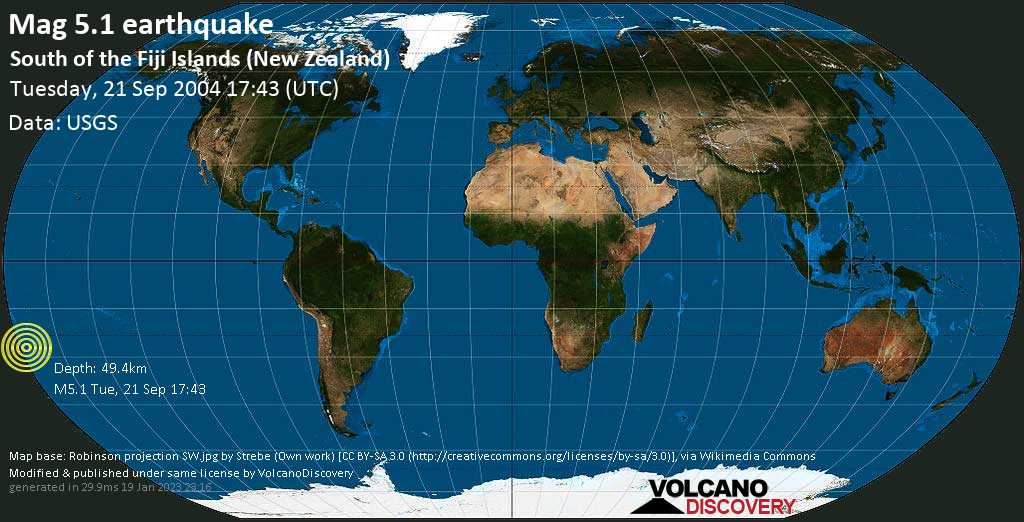 Aftershocks of the 5.1 quake South of the Fiji Islands (New Zealand) 21 September 17:43 UTC

Kelut volcano photos: A new lava dome grew inside the crater lake during the effusive eruption in late 2007, replacing most of the lake. Watch the birth of a new mountain!
Volcanoes in the South Sea