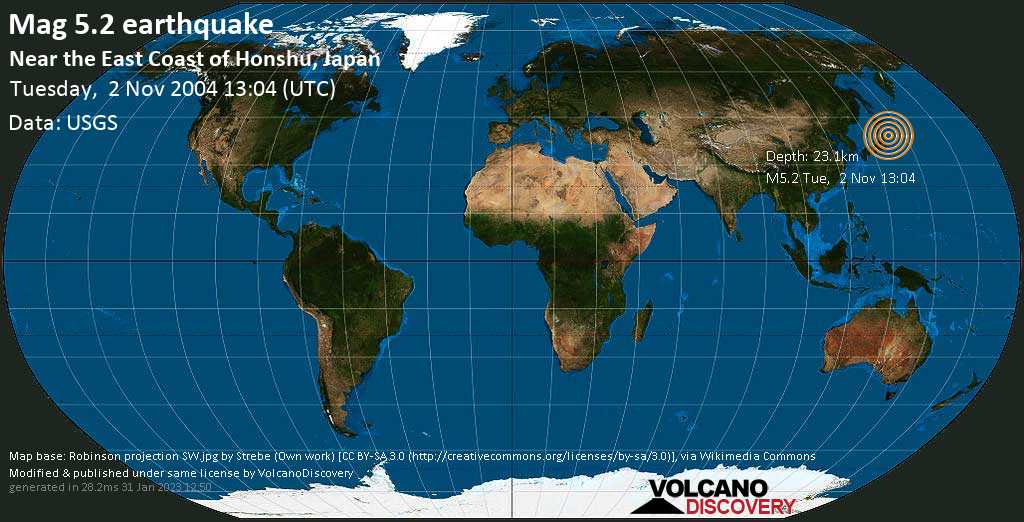 Aftershocks of the 5.2 quake Near the East Coast of Honshu, Japan, 2 November 13:04 UTC

Recent shallow earthquakes near volcanoes: Earthquakes often precede volcanic eruptions. Find out where the latest earthquakes in the vicinity of volcanoes have occurred.
Kamchatka

Photos from Kamchatka: Kamchatka in Russia's far east is one of world's remotest regions and has an almost unparalleled density of active volcanoes. Look at photos taken during our expeditions from this wonderful corner of the world!
Volcanoes of Java 13-29 Aug