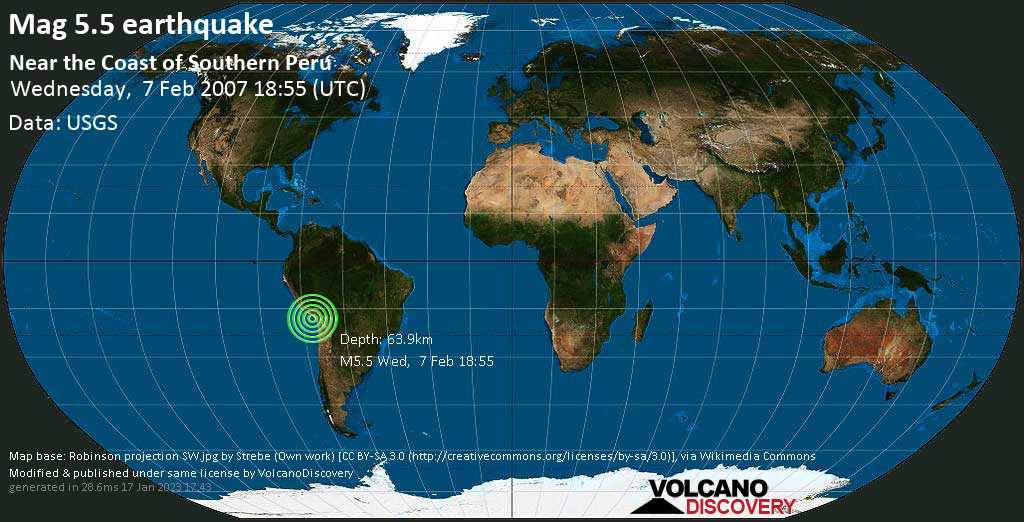 Moderate mag. 5.5 earthquake - Near the Coast of Southern Peru on Wednesday, 7 February 2007 at 18:55 (GMT)
Please check again later while we are collecting more data.
to top

Hawai'i and Kilauea volcano photos: Lava flows, lava lakes, eruptions and aerial images from Kilauea on the Big Island of Hawai'i throughout the years.
Krakatoa video

Krakatoa explodes: In the afternoon of 17 Oct, a particularly violent explosion occurred at Anak Krakatau, blasting away a portion of the southern crater rim. A similar event might have been the final trigger for the catastrophic landslide that let the cone collapse and cause a devastating tsunami on 22 Dec 2018.
Cotopaxi Eruption 2015

Cotopaxi Eruption 2015 - updates: News and updates about the new eruption at Cotopaxi volcano, Ecuador, that started on 14 August 2015
Earthquakes