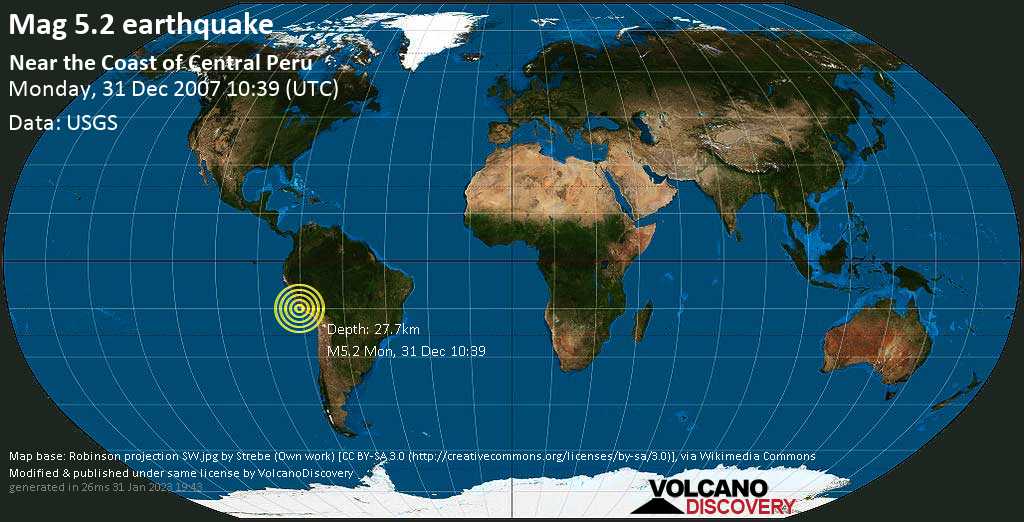 Aftershocks of the 5.2 quake Near the Coast of Central Peru 31 December 10:39 UTC

Volcano Calendar 2019: We're proud to present our 2019 volcano calendar: 13 different and attractive images of volcanoes, volcanic landscapes and phenomena taken during volcano tours over the past few years.
Tour Classics

VolcanoDiscovery tours: A selection of our most popular trips, which we have been offering and improving over many years now: Stromboli & Etna, Santorini, Java, Ethiopia, Nyiragongo and more. Have a look!
Raung