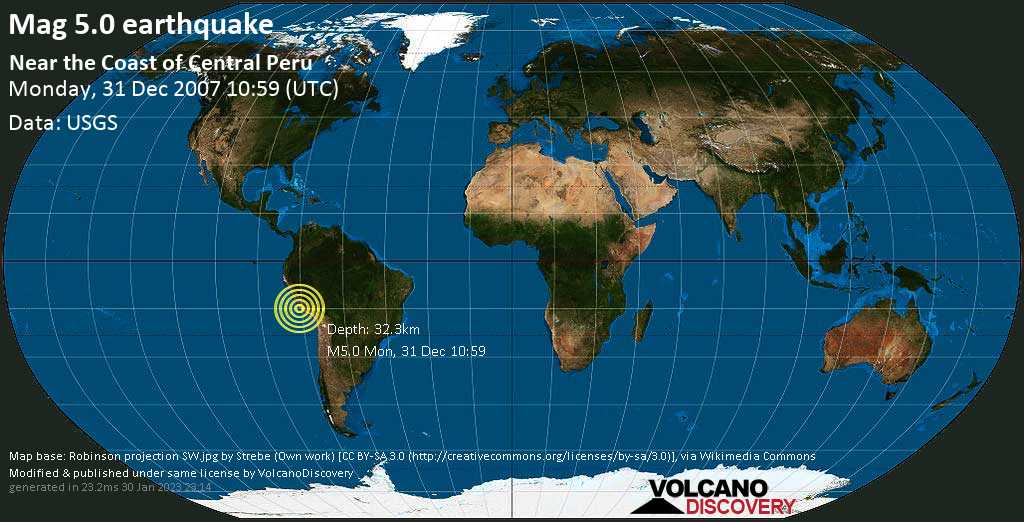 Moderate mag. 5.0 earthquake - Near the Coast of Central Peru on Monday, 31 December 2007 at 10:59 (GMT)
Please check again later while we are collecting more data.
to top

Divergent plate boundaries on continents: Learn about the process of breaking up continents along continental rift zones.
Sakurajima videos
Earthquakes