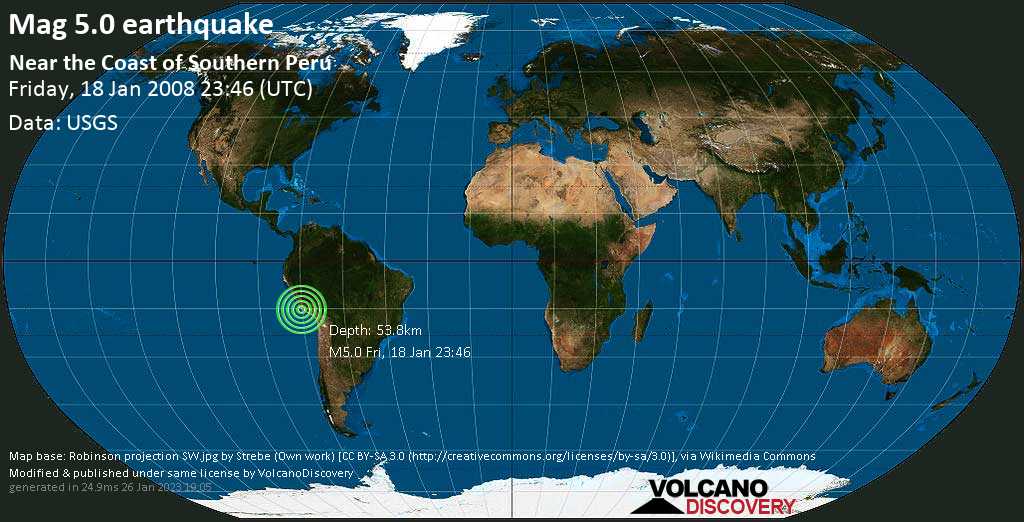 Aftershocks of the 5.0 quake Near the Coast of Southern Peru 18 January 23:46 UTC

Photos from Kilauea volcano: lava flowing into the sea
Kamchatka

Photos from Kamchatka: Kamchatka in Russia's far east is one of world's remotest regions and has an almost unparalleled density of active volcanoes. Look at photos taken during our expeditions from this wonderful corner of the world!
Testimonials

Feedback from our guests:
"Your Vanuatu Volcano tour was a fantastic mix of hard core volcanoes and cultural Vanuatu life... " -
read what customers said about us!
Santorini Geology