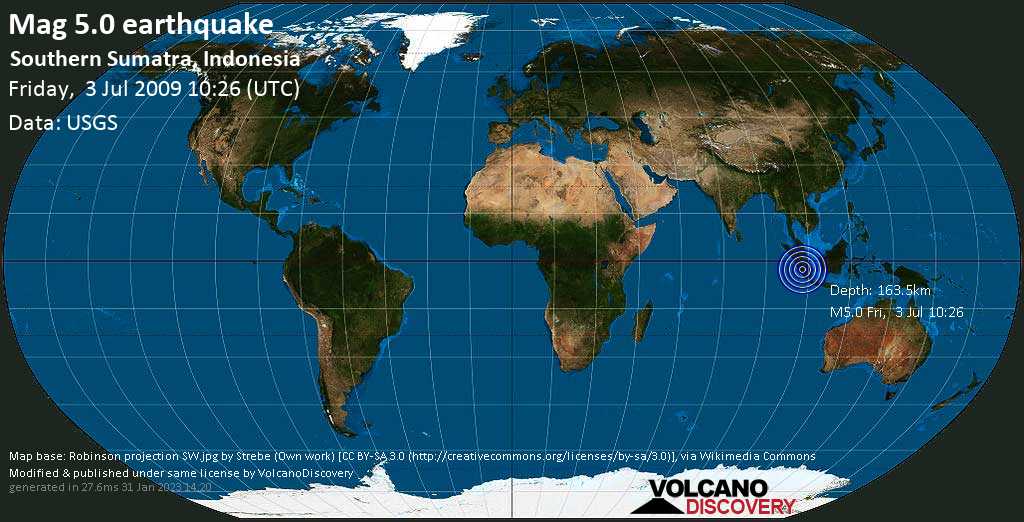 Volcano Discoveries: "One of the most eye-catching guides to the world’s volcanoes ever published.
Short tours

Earthquake monitor: Lists and maps of earthquakes in the world in near real time. Country lists, earthquake archive, and I-felt-it reports.
Molucca
3-19 May 2020