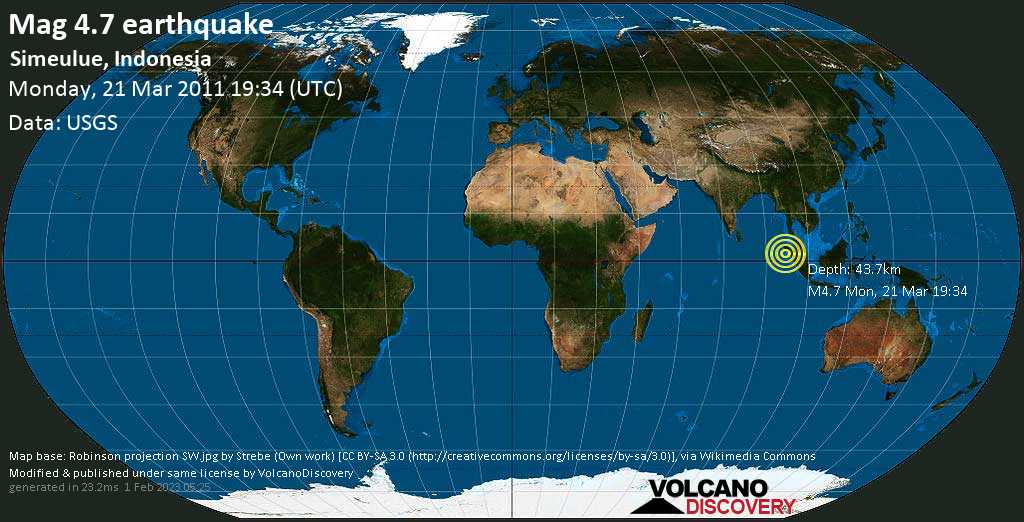 Photos from Germany: Germany has a large number of volcanoes - most of them extinct, but the Eifel volcanic field is still potentially active.
Past Quakes

Earthquake Archive: Look up any earthquake anywhere from 2010
Shiveluch 16-24 Mar