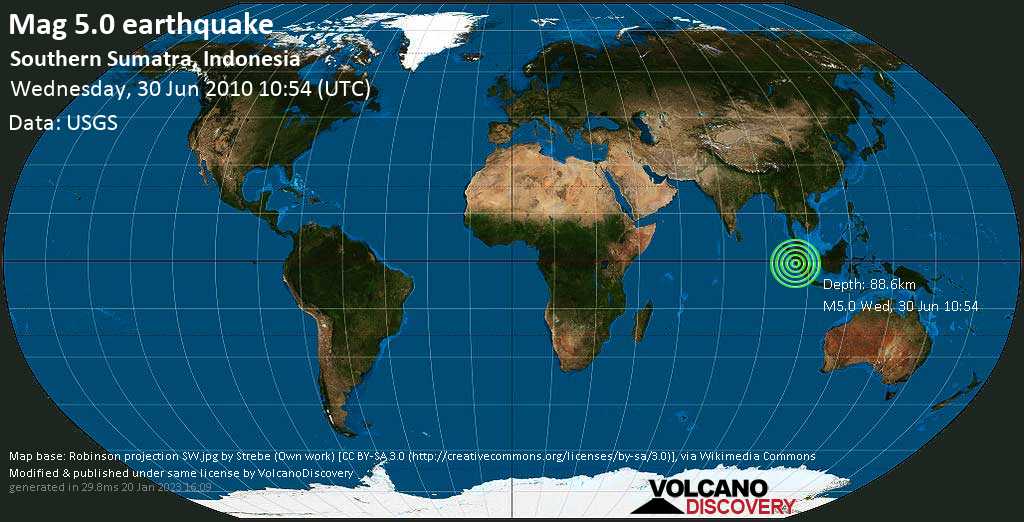 Photos from Iceland: Volcanoes in the land of fire and ice. Iceland is one of the volcanically most active places on earth.
Hawai'i

Hawai'i and Kilauea volcano photos: Lava flows, lava lakes, eruptions and aerial images from Kilauea on the Big Island of Hawai'i throughout the years.
Earthquakes 2016

Top 20 quakes in 2016: Several magnitude 7 quakes occurred in 2016 (but none above M8): Papua New Guinea, NZ, Ecuador, Solomon Islands, Sumatra, Chile, Alaska and others - nearly all major earthquakes were located near active subduction zones.
See the top 20 list of largest quakes in 2016 with this map.
Volcano Adventure Guide