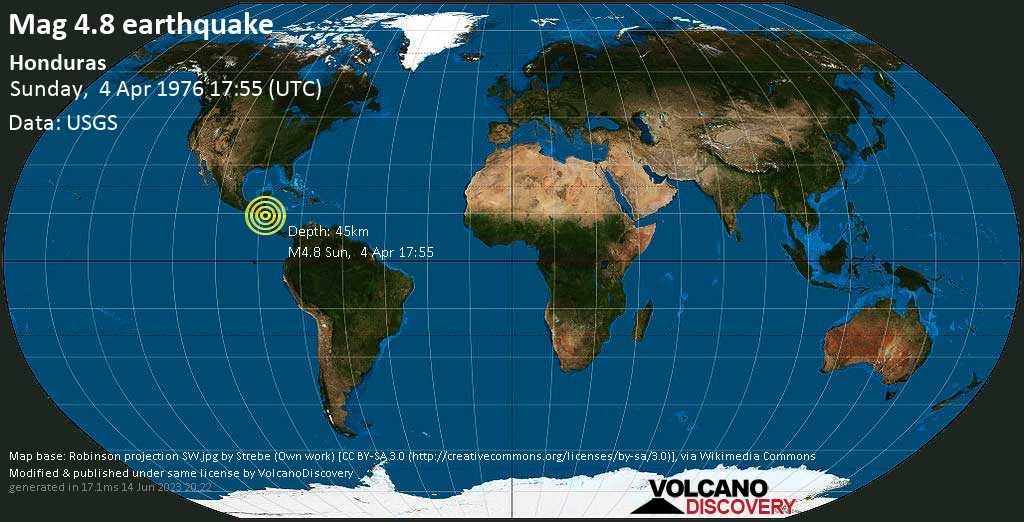 Click here to search our database for earlier earthquakes in the same area since 1900!
Most recent quakes Top 20 quakes past 24 hrs Quakes in Honduras
Try our free app!

Kelut volcano photos: A new lava dome grew inside the crater lake during the effusive eruption in late 2007, replacing most of the lake. Watch the birth of a new mountain!
Our New Book

Volcano Discoveries: "One of the most eye-catching guides to the world’s volcanoes ever published.
Reviews

What clients have said: Browse through feedback about our tours from customers, read what they have said about us!
Volcanic ash alert