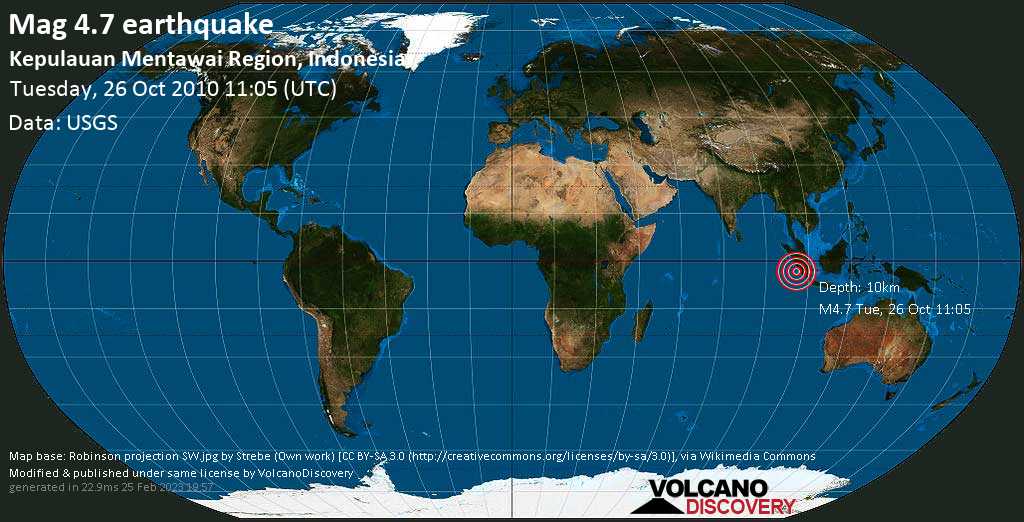 Volcano Special Tours: We organize tours to particularly active volcanoes and during ongoing eruptions for extended observation time from various viewpoints. These trips, exclusively for very small groups, are often announced only at short notice and require fast travel and flexibility. Each trip is accompanied by a volcanologist from our team. Examples include: Kilauea (Hawai'i), Colima (Mexico), Krakatau and many others.
Earthquake report

Monthy earthquake reports: For each month since July 2012, we publish a summary of quake activity world-wide: find the list of largest quake, a map showing all significant quakes as well as detailed statistics on seismic activity during this time.
Iceland

Photos from Iceland: Volcanoes in the land of fire and ice. Iceland is one of the volcanically most active places on earth.
Earthquakes at volcanoes