This quake was likely an aftershock of the 6.2 quake 40 Km S from Andikithira 12 October 13:11 UTC, which had occurred 54 minutes earlier. 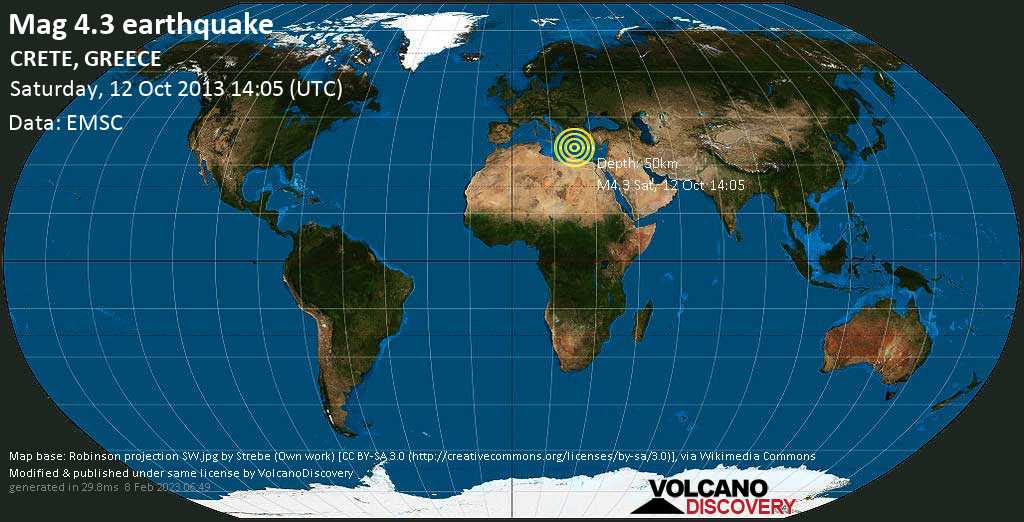 Volcano Calendar 2013: Our first printed volcano calendar, featuring a paroxysm of Etna, a vulcanian explosion of Krakatau, and much more!
Santorini
22-29 May 2021

Pearl of the Aegean: Santorini is one of the most beautiful islands in the world. Discover its fascinating natural and cultural history on a relaxed walking study tour with us.
Lava lakes