This quake was likely an aftershock of the 6.2 quake 40 Km S from Andikithira 12 October 13:11 UTC, which had occurred 44 minutes earlier. 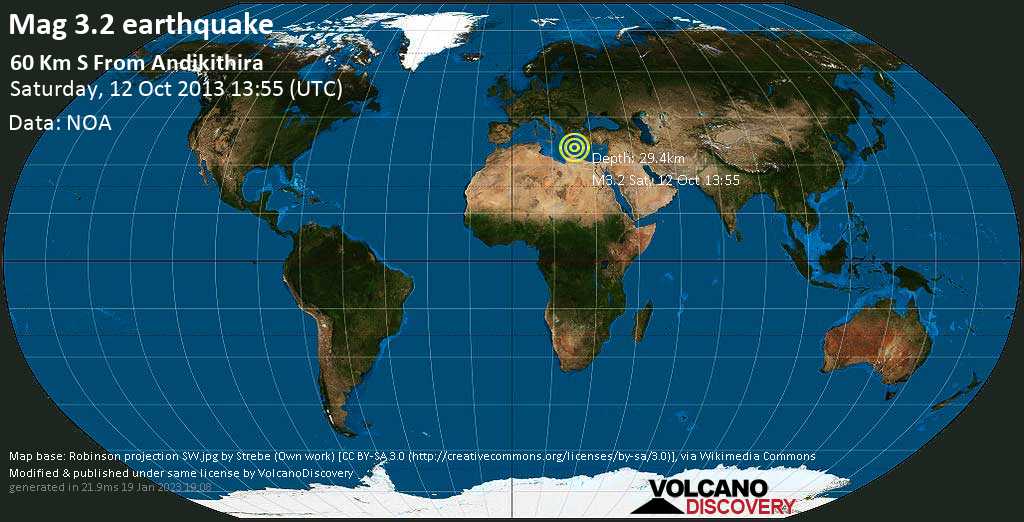 User reports estimate the perceived ground shaking intensity according to the MMI (Modified Mercalli Intensity) scale.
Contribute:
Leave a comment if you find a particular report interesting or want to add to it.
Flag as inappropriate.
Mark as helpful or interesting.
Send your own user report!
georgioupoli / Moderate shaking (MMI V) : All the umrellas at the beach shaked. Very impressiv , it was myfirst earthquake live. Peter
Cairo, Maadi / Very weak shaking (MMI II) : very small up and down movement.
Try our free app!

Blue flames of burning sulfur: Ijen volcano in East Java has one of the most impressive sulfur deposits on earth. They are so hot that the sulfur often ignites - a mysterious display at night caught on camera.
Greece

Erta Ale volcano photos: During our numerous expeditions to Erta Ale and Dallol, we have documented the active lava lake and its surroundings and changes over the years.
Vanuatu