This quake was likely an aftershock of the 6.2 quake 40 Km S from Andikithira 12 October 13:11 UTC, which had occurred 4 days earlier. 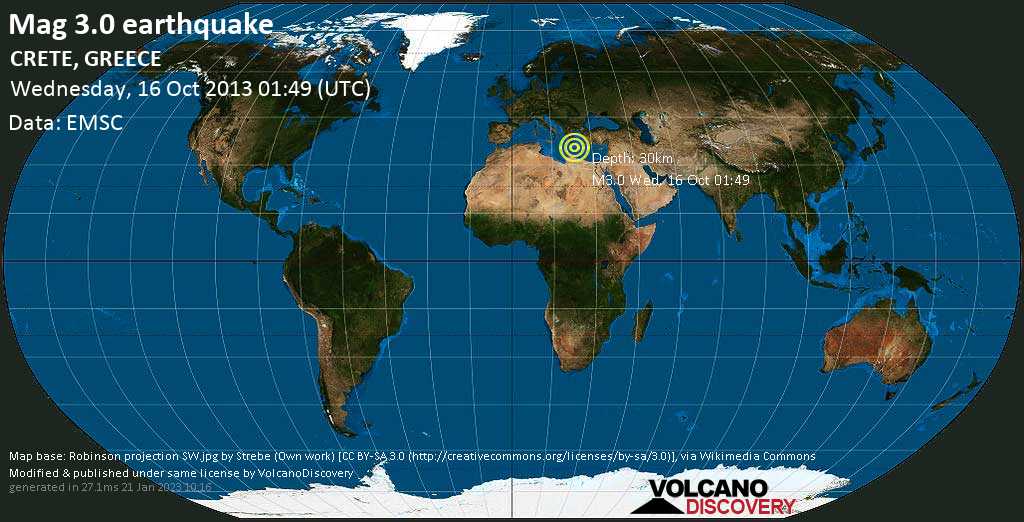 Krakatau volcano photos: Hundreds of photos from active Krakatau volcano in the Sunda Strait, Indonesia. Most of them taken during our various expeditions to this fascinating volcano.
Iceland

Photos from Iceland: Volcanoes in the land of fire and ice. Iceland is one of the volcanically most active places on earth.
Fumaroles