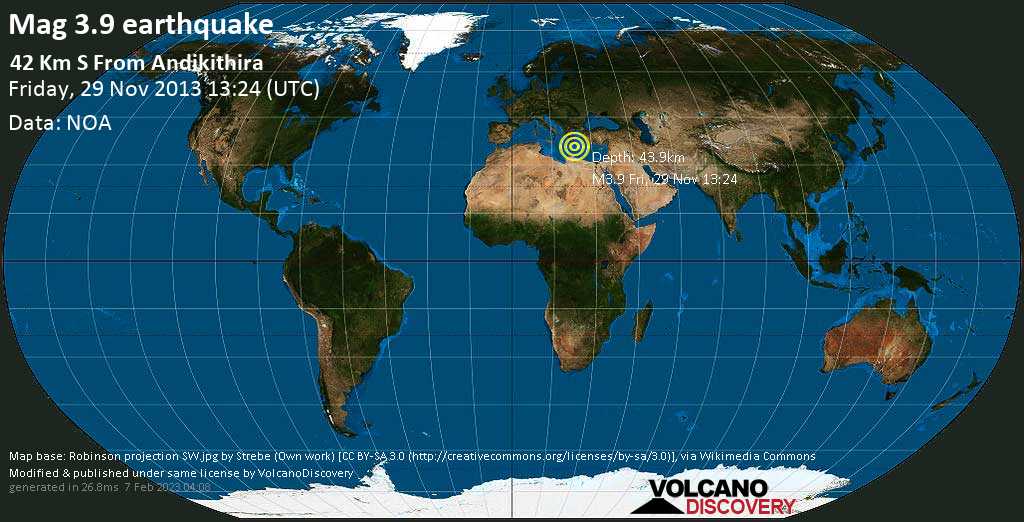 User reports estimate the perceived ground shaking intensity according to the MMI (Modified Mercalli Intensity) scale.
Contribute:
Leave a comment if you find a particular report interesting or want to add to it.
Flag as inappropriate.
Mark as helpful or interesting.
Send your own user report!
Athens (Greece, 301 km N of epicenter) : I was feelinng really sick a few moments right before this earthquake. And, I was almost waiting for thios to happen because I managed to stay awake and watch the seismograph plot for 2 min. Then,I saw it written down on sheet of the VLY seismic station. And just because i saw the graphs of other stations, I'm quite sure was it of a magnitude 4.2 R minimum . (reported through EMSC)
Try our free app!

Latest quakes at Katla volcano: One of Iceland's most active and dangerous volcanoes is showing signs of unrest and statistically due for a new eruption. Earthquakes could give a clue.
Volcano Calendar 2013

Volcano Calendar 2013: Our first printed volcano calendar, featuring a paroxysm of Etna, a vulcanian explosion of Krakatau, and much more!
Volcano News