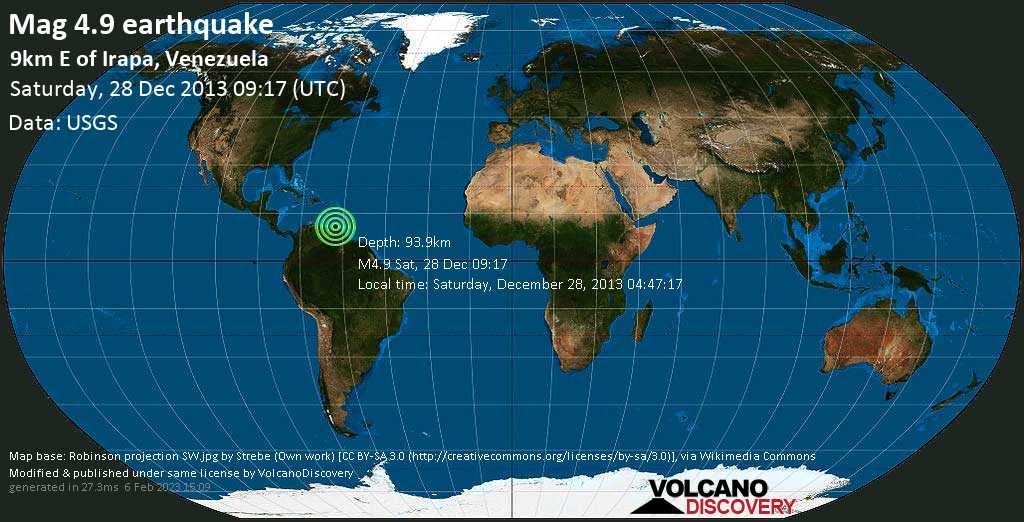 User reports estimate the perceived ground shaking intensity according to the MMI (Modified Mercalli Intensity) scale.
Contribute:
Leave a comment if you find a particular report interesting or want to add to it.
Flag as inappropriate.
Mark as helpful or interesting.
Send your own user report!
Port of Spain (Trinidad and Tobago, 111 km E of epicenter) : It was light, felt like one solid shake. It felt as though the shaking was going generally north/south. (reported through EMSC)
Try our free app!

Click here to search our database for earlier earthquakes in the same area since 1900!
Most recent quakes Top 20 quakes past 24 hrs Quakes in Venezuela
Try our free app!