This quake was likely an aftershock of the 6.6 quake 187 km north of Cebu City, Central Visayas, Philippines, 18 August 00:03 UTC, which had occurred 4 days earlier. 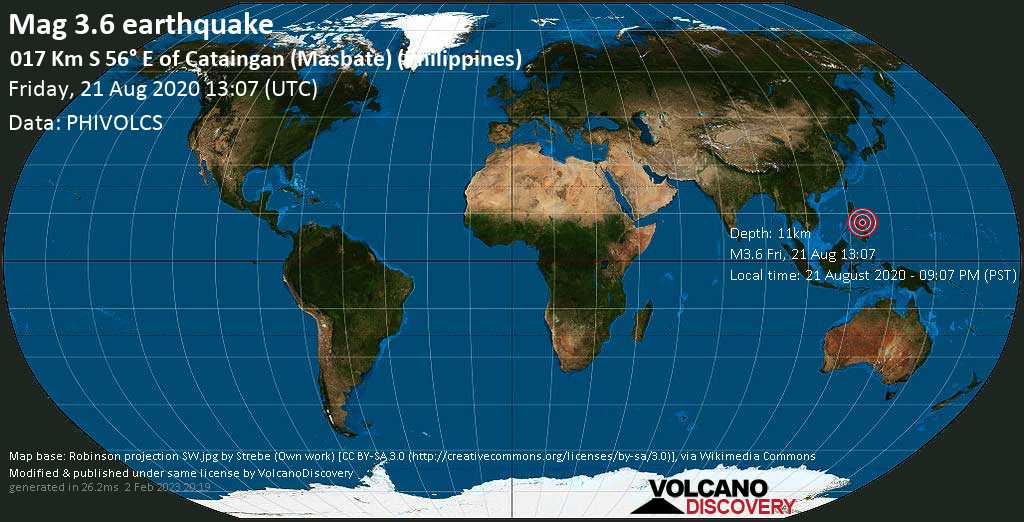