This quake was likely an aftershock of the 6.6 quake 187 km north of Cebu City, Central Visayas, Philippines, 18 August 00:03 UTC, which had occurred 22 hours earlier. 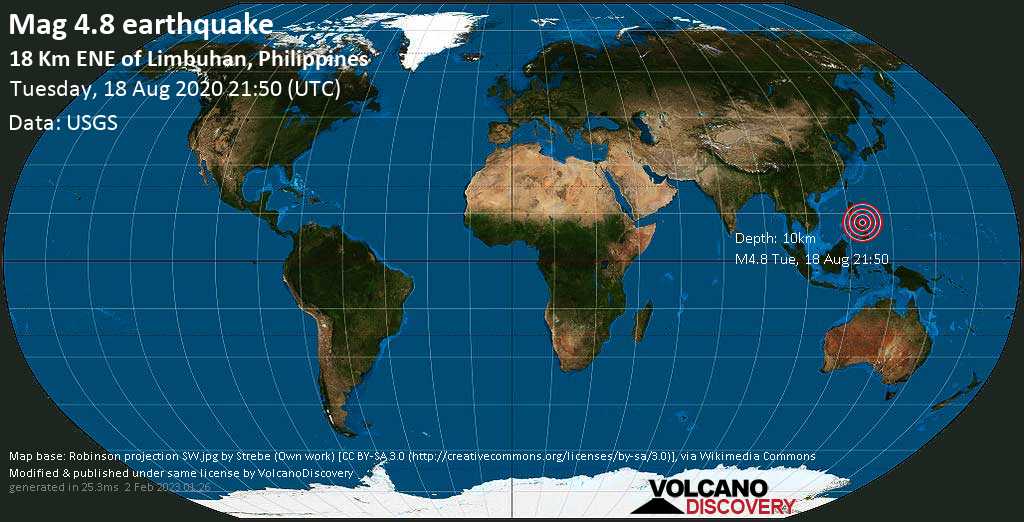 List and map of all volcanoes in Africa. Most volcanoes are located in the Great Rift Valley, but there are more.
Germany

Photos from Germany: Germany has a large number of volcanoes - most of them extinct, but the Eifel volcanic field is still potentially active.
Yellowstone quakes