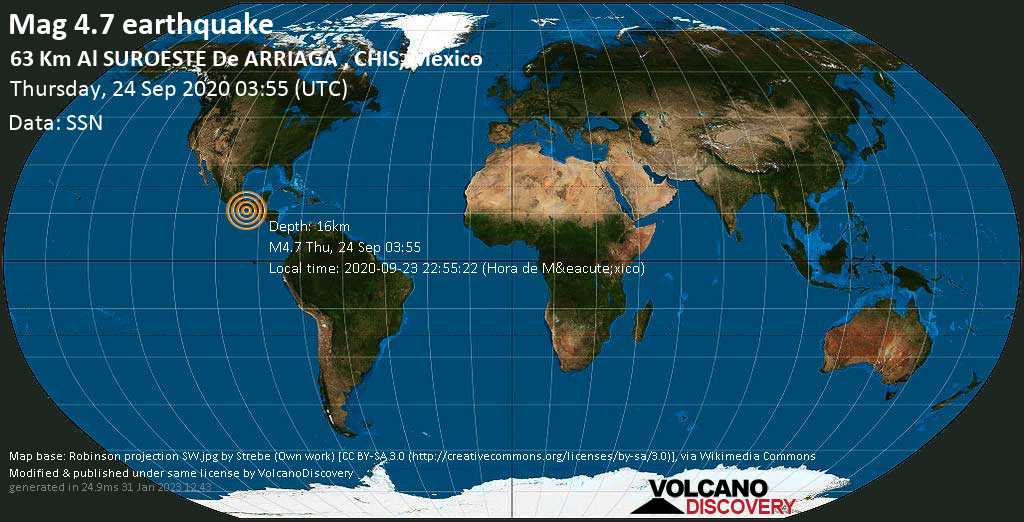 User reports estimate the perceived ground shaking intensity according to the MMI (Modified Mercalli Intensity) scale.
Contribute:
Leave a comment if you find a particular report interesting or want to add to it.
Flag as inappropriate.
Mark as helpful or interesting.
Send your own user report!
No se sintió para nada (163.9 km NE of epicenter) [Map] / not felt (reported through our app)
Tuxtla (Mexico, 145 km NE of epicenter) : Se sintió leve (reported through EMSC)
Try our free app!