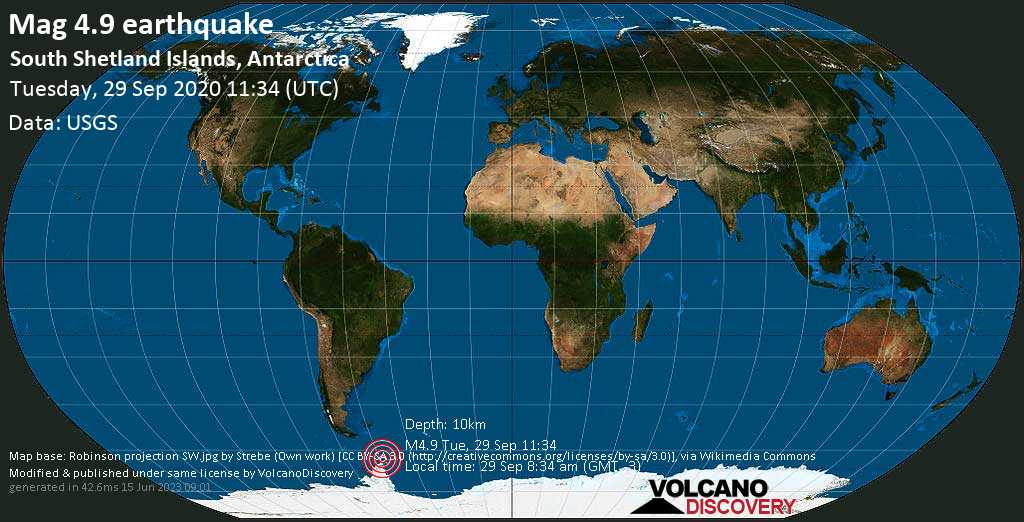 User reports estimate the perceived ground shaking intensity according to the MMI (Modified Mercalli Intensity) scale.
Contribute:
Leave a comment if you find a particular report interesting or want to add to it.
Flag as inappropriate.
Mark as helpful or interesting.
Send your own user report!
5 Waboom Street, Sunnydale, Noordhoek / Weak shaking (MMI III) / simple rolling (tilting sideways along one direction) : I was in bed, I thought I had dreamt of waking up in bed in the am. And heard a rumble which was quite similar to that of a thunderstorm except it was more constant in sound, I looked out the window right by my bedside and noticed it was Grey weather but I do recall it appeared as if the house behind us was slightly shifting left along with the loud rumbling noise heard but I must of just continued to fall asleep after. That whole encounter only popped up in my mind later on in the day when on a | 2 users found this interesting.
South Shetland Islands / Moderate shaking (MMI V)
Try our free app!