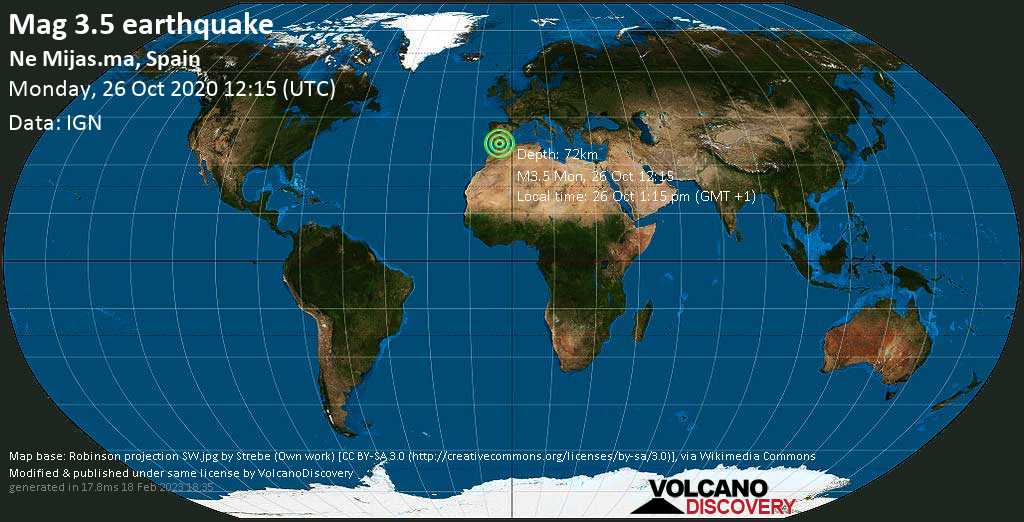 User reports estimate the perceived ground shaking intensity according to the MMI (Modified Mercalli Intensity) scale.
Contribute:
Leave a comment if you find a particular report interesting or want to add to it.
Flag as inappropriate.
Mark as helpful or interesting.
Send your own user report!
Benalmádena (Spain, 12 km S of epicenter) : vibración de unos 15 segundos. Como dos ondas (reported through EMSC)
Try our free app!