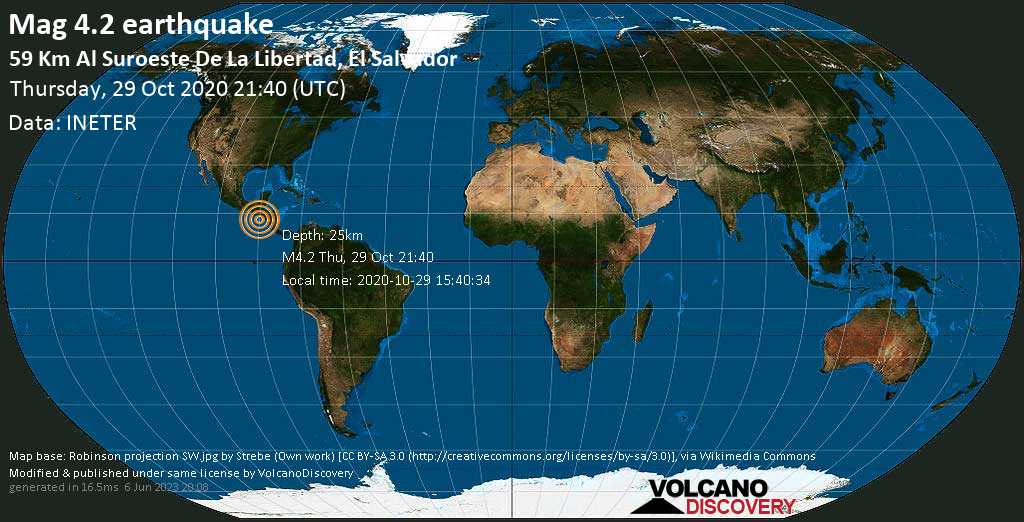 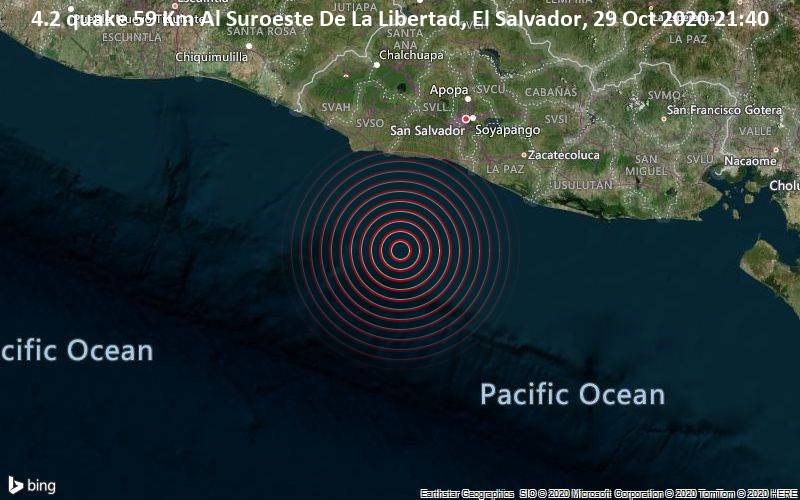 User reports estimate the perceived ground shaking intensity according to the MMI (Modified Mercalli Intensity) scale.
Contribute:
Leave a comment if you find a particular report interesting or want to add to it.
Flag as inappropriate.
Mark as helpful or interesting.
Send your own user report!
San Salvador (84.9 km NNE of epicenter) [Map] / Very weak shaking (MMI II) / 2-5 s (reported through our app)
Try our free app!

Glossary of geologic terms: A growing list of often illustrated explanations and definitions of geological terms and keywords, with focus on volcanology and seismology.
Past Quakes

Earthquake Archive: Look up any earthquake anywhere from 2010
Kuril Islands