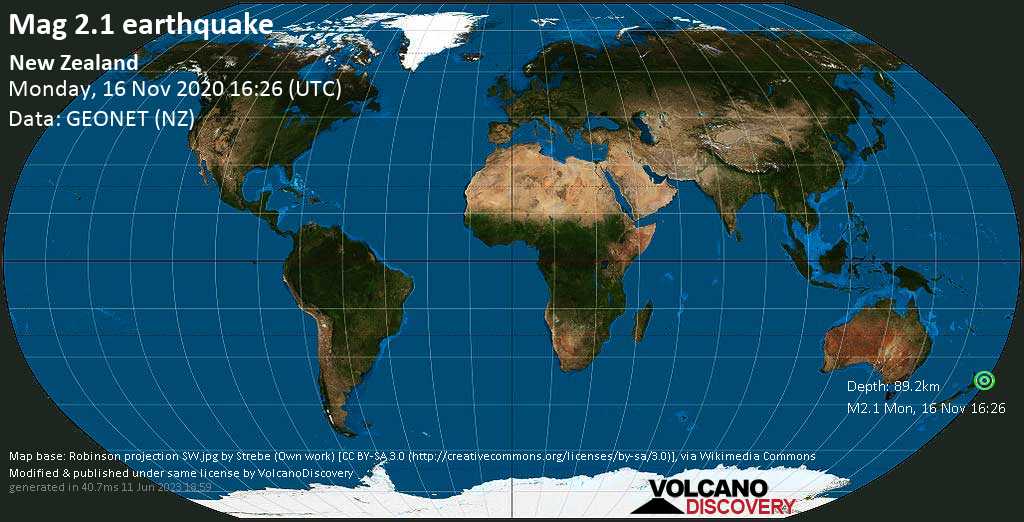 User reports estimate the perceived ground shaking intensity according to the MMI (Modified Mercalli Intensity) scale.
At magnitude 2.1, this quake was probably too small to be felt by humans, but it could be recorded instrumentally.
Contribute:
Leave a comment if you find a particular report interesting or want to add to it.
Flag as inappropriate.
Mark as helpful or interesting.
Send your own user report!
Tauranga / Weak shaking (MMI III) / 2-5 s
Try our free app!

Earthquake monitor: Lists and maps of earthquakes in the world in near real time. Country lists, earthquake archive, and I-felt-it reports.
Glossary