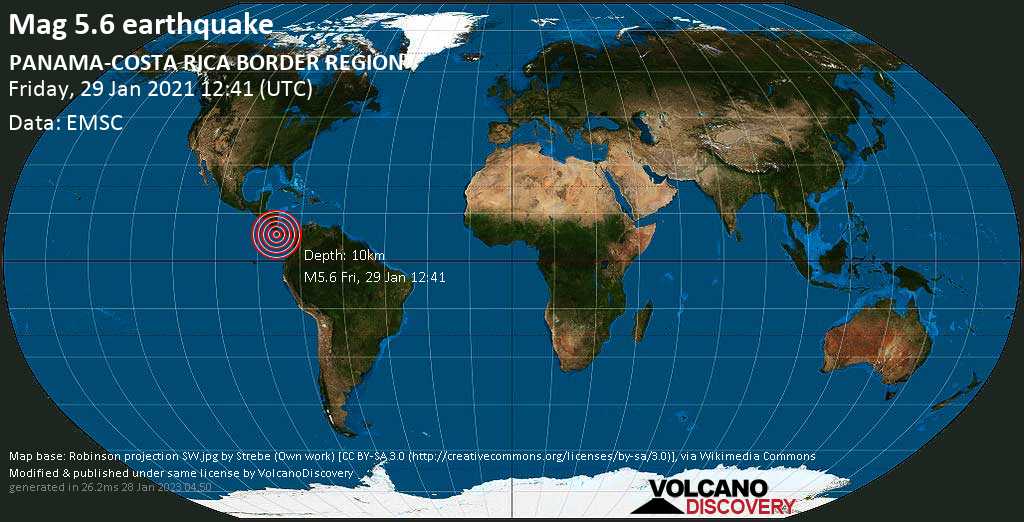 25°C (77 F), humidity: 88%, wind: 2 m/s (3 kts)
Primary data source: EMSC (European-Mediterranean Seismological Centre)
Estimated released energy: 1.6 x 1013 joules (4.4 gigawatt hours, equivalent to 3788 tons of TNT or 0.2 atomic bombs!) More info
[show map]
Show interactive Map
[smaller] [bigger]
If you felt this quake (or if you were near the epicenter), please share your experience and submit a short "I felt it" report! Other users would love to hear about it!
If you did NOT feel the quake although you were in the area, please report it! Your contribution is valuable to earthquake science, seismic hazard analysis and mitigation efforts. You can use your device location or the map to indicate where you were during the earthquake. Thank you!

Info: The more agencies report about the same quake and post similar data, the more confidence you can have in the data. It takes normally up to a few hours until earthquake parameters are calculated with near-optimum precision.
Most recent quakes Top 20 past 24 hrs Quakes in Panama

More info
Based on its magnitude, the fault that was active during the quake ruptured along a surface of approx. 40 km2 (=15 sqare miles) as a first-order estimate. The length of the rupture zone thus was probably around 11 km (7 mi).
Aftershocks typically occur during the days and weeks following the quake at or near the same fault, at distances of up to approx. two times the length of the rupture zone.
The often broadly linear arrangement of aftershock epicenters encompasses the rupture zone of the main shock (check on the map below to verify).