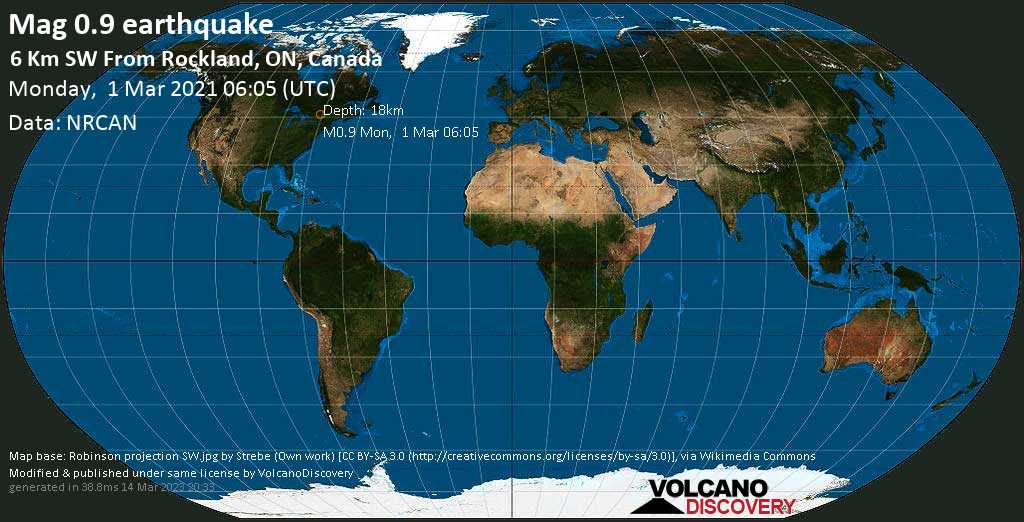 Info: The more agencies report about the same quake and post similar data, the more confidence you can have in the data. It takes normally up to a few hours until earthquake parameters are calculated with near-optimum precision.
Most recent quakes Top 20 quakes past 24 hrs Quakes in Alberta

User reports estimate the perceived ground shaking intensity according to the MMI (Modified Mercalli Intensity) scale.
At magnitude 0.9, such a quake wouldn't normally be felt by people, but could be recorded instrumentally.
Contribute:
Leave a comment if you find a particular report interesting or want to add to it.
Flag as inappropriate.
Mark as helpful or interesting.
Send your own user report!
1801 concession 6 road, Plantagenet / not felt : I did not feel this earthquake but all of my neighbors reported hearing a massive boom. Some described it as a thunderclap, others thought there was an explosion.
Try our free app!