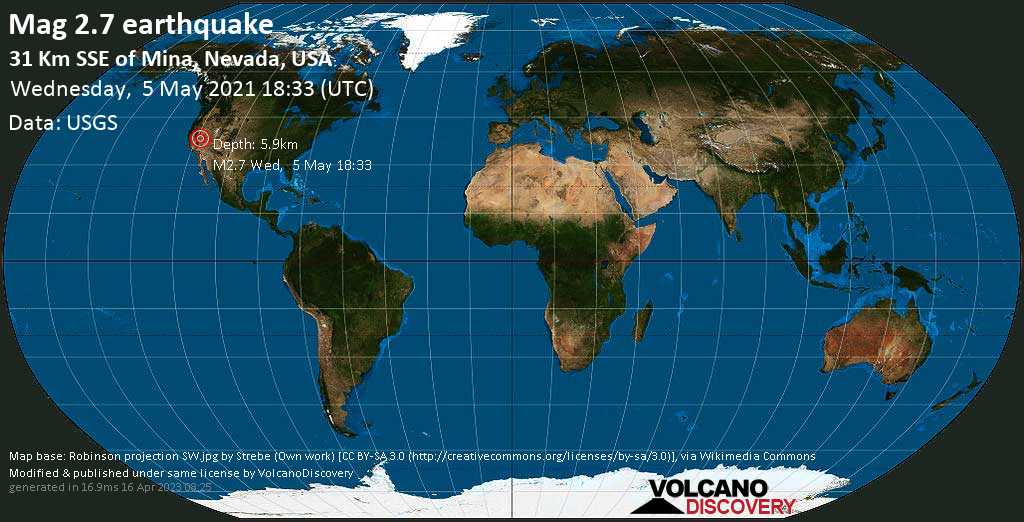 At magnitude 2.7, this quake might have been felt very close to the epicenter and under calm conditions.
User reports estimate the perceived ground shaking intensity according to the MMI (Modified Mercalli Intensity) scale.
Contribute:
Leave a comment if you find a particular report interesting or want to add to it.
Flag as inappropriate.
Mark as helpful or interesting.
Send your own user report!
YUMA (676.6 km SSE of epicenter) [Map] / Very weak shaking (MMI II) / simple rolling (tilting sideways along one direction) : I thought my trailer was tipping over, made me a tad lightheaded, but it was really weird, I watched my Diet Dr Pepper "go with the flow", so to speak! I was waiting for it to roll back, never really did. Bizarre. Had a rolling quake in Jackson Heights,NY, sounded like the 7 train was rolling through the apartment building courtyard...and eerie...a little bit of a rumble like a train. Not so this one, I was waiting for my camper to tip over. Weird sensation...
San Diego, CA / Very weak shaking (MMI II) / horizontal (sideways) swinging / very short : I felt the room swing.
Look up aftershocks or earlier quakes
Try our free app!