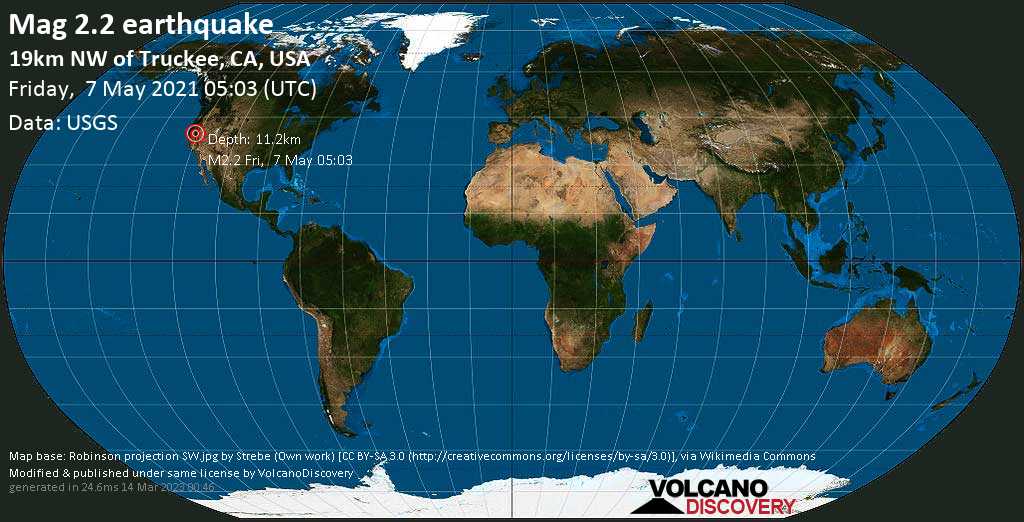 At magnitude 2.2, such a quake wouldn't normally be felt by people except under very favorable conditions.
User reports estimate the perceived ground shaking intensity according to the MMI (Modified Mercalli Intensity) scale.
Contribute:
Leave a comment if you find a particular report interesting or want to add to it.
Flag as inappropriate.
Mark as helpful or interesting.
Send your own user report!
Calpine Ca, / Weak shaking (MMI III) / rattling, vibrating / 2-5 s : was sleeping could hear a strange noise then the house started rattleing. No damages noticed at this time.
Yuba City, Ca / Light shaking (MMI IV) / simple rolling (tilting sideways along one direction) / 2-5 s : I was dosing off in a swivel chair which suddenly tilted backwards. The bedroom door was rattling and I felt a rolling sensation under my feet.
2720 Elsie Irene. 3rd floor of Townhouse along Tru / Light shaking (MMI IV) / vibration and rolling / 15-20 s
14164 Donner Pass Road Truckee / Light shaking (MMI IV) / simple rolling (tilting sideways along one direction) / very short : I heard a sound to my left, i was sitting facing East, and the entire house was rolling... I ran to the doorway... It stopped... THANK YOU.. aftermath, I looked at the damage on my front porch and on my floors which are cement- lots of new cracks and they are rather significant... nothing was there before until tonight. Quite scary 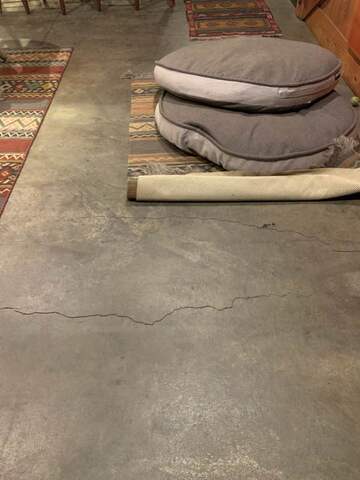