Our monitoring service AllQuakes received reports of shaking caused by a seismic-like event, possibly an earthquake, in or near West Covina (California) at around 17:13 GMT. Unless confirmed by at least one national or international seismological agency, its status as possible earthquake remains unconfirmed. This may or may not turn out to be an actual naturally occurring quake.
Quake Data | Interactive map | User Reports | Earlier quakes in same area | Quakes in the US | California 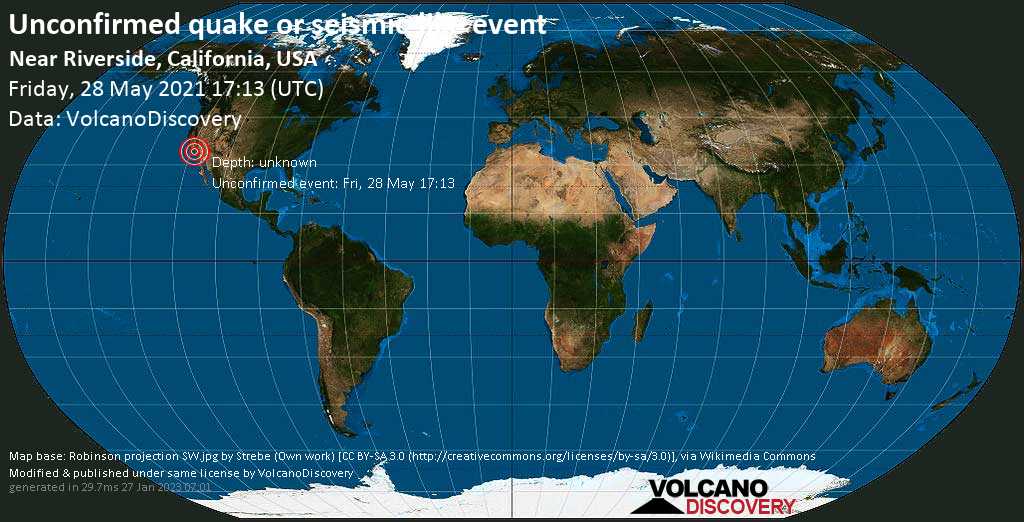