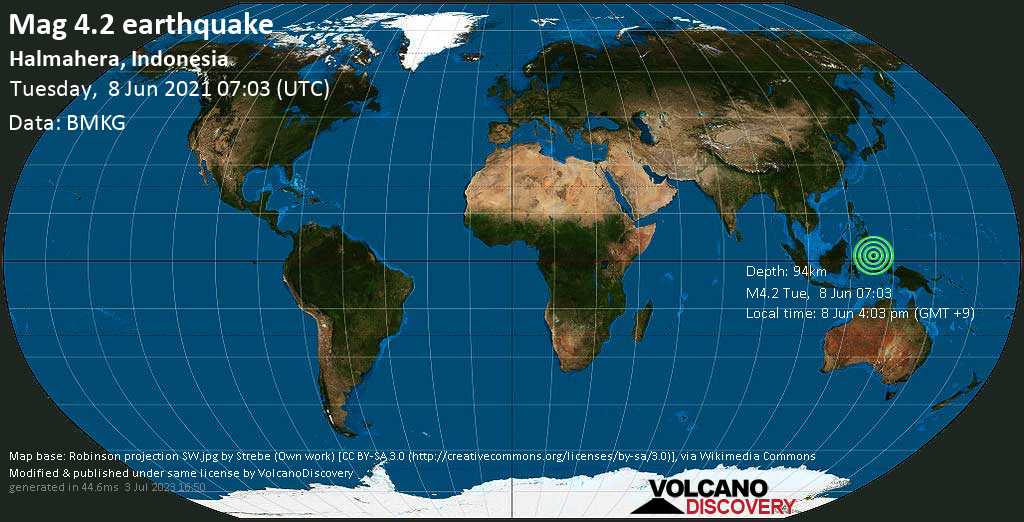 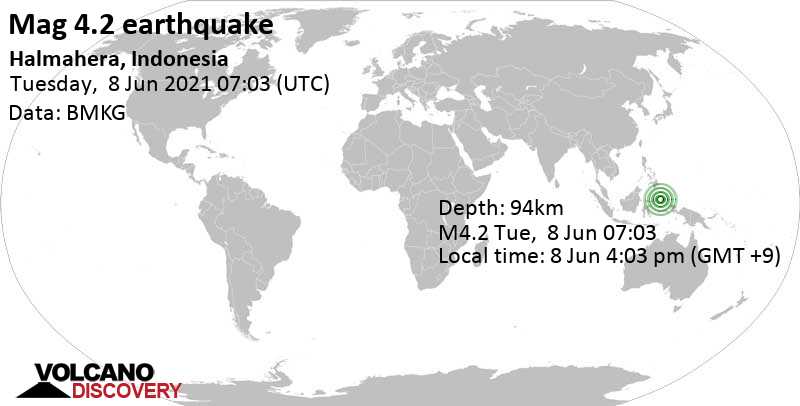 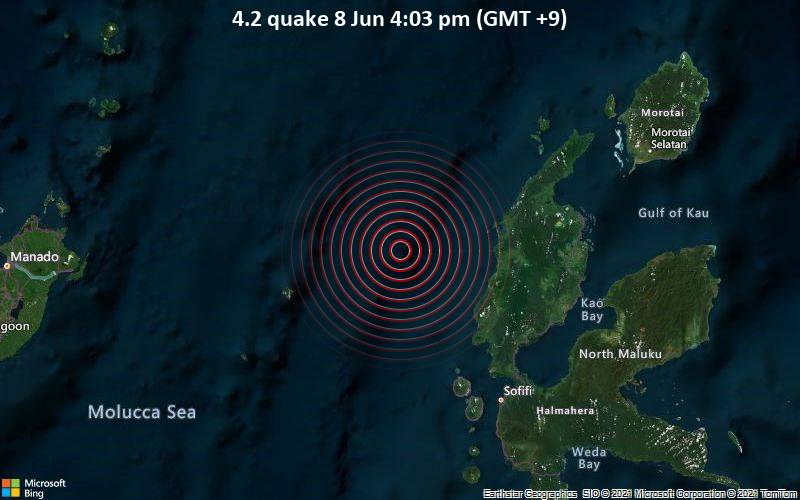 4.2 quake 8 Jun 4:03 pm (GMT +9)
Just 14 minutes ago, a 4.2-magnitude earthquake struck near Ternate, North Maluku, Indonesia. The tremor was recorded in the afternoon on Tuesday 8 June 2021 at 4:03 pm local time, at an intermediate depth of 94 km below the surface.
The event was filed by Indonesia's Meteorology, Climatology, and Geophysical Agency, the first seismological agency to report it.
A second report was later issued by the European-Mediterranean Seismological Centre (EMSC), which listed it as a magnitude 4.2 earthquake as well.
Towns or cities near the epicenter where the quake might have been felt as very weak shaking include Ternate (pop. 101,700) located 96 km from the epicenter.
Download the Volcanoes & Earthquakes app and get one of the fastest seismic alerts online: Android | iOS
I felt this quake
I didn't feel it