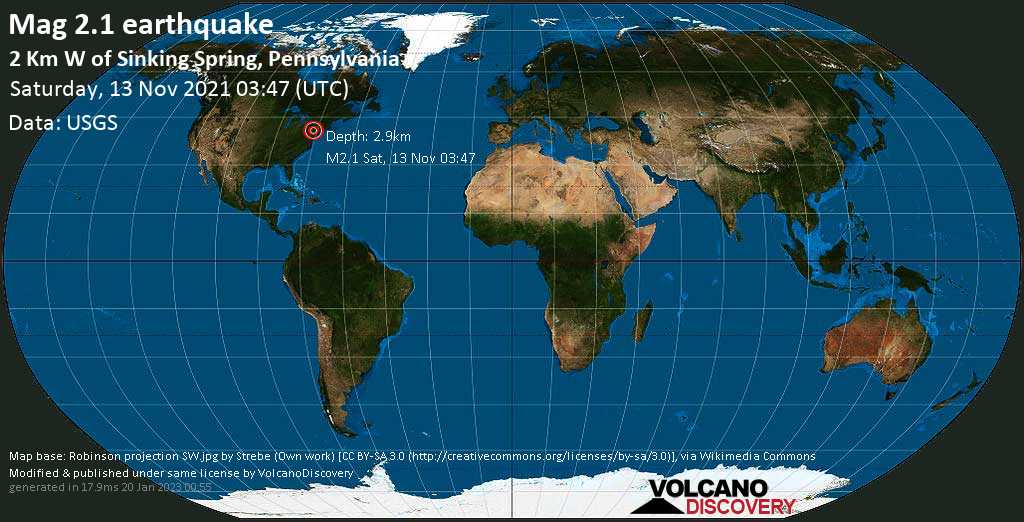 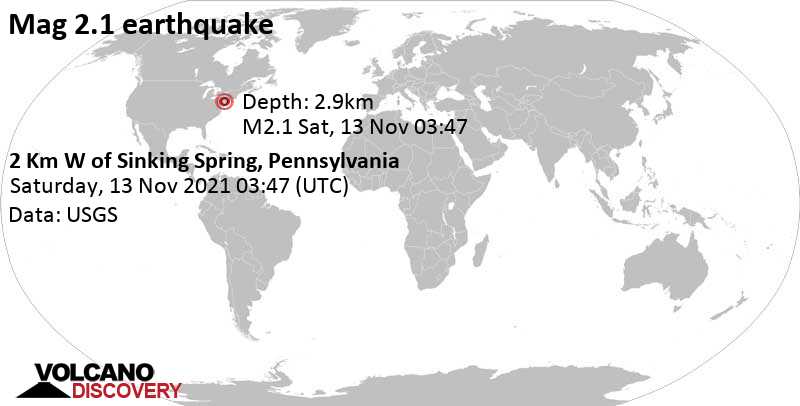 Info: The more agencies report about the same quake and post similar data, the more confidence you can have in the data. It takes normally up to a few hours until earthquake parameters are calculated with near-optimum precision.
Most recent quakes Top 20 past 24 hrs Quakes in the US Pennsylvania

Click here to search our database for earlier earthquakes in the same area since 1900!
Most recent quakes Top 20 past 24 hrs Quakes in the US Pennsylvania
Try our free app!