Event status: uncertain, preliminary [?]
We received reports of seismic activity in this area, possibly caused by an earthquake. Its status remains unconfirmed until a seismological institution publishes seismic data to confirm it as a naturally occurring quake. If not confirmed as a quake, it might turn out to be another seismic-like event such as an explosion, a sonic boom, traffic, weather, or some other human or natural cause. 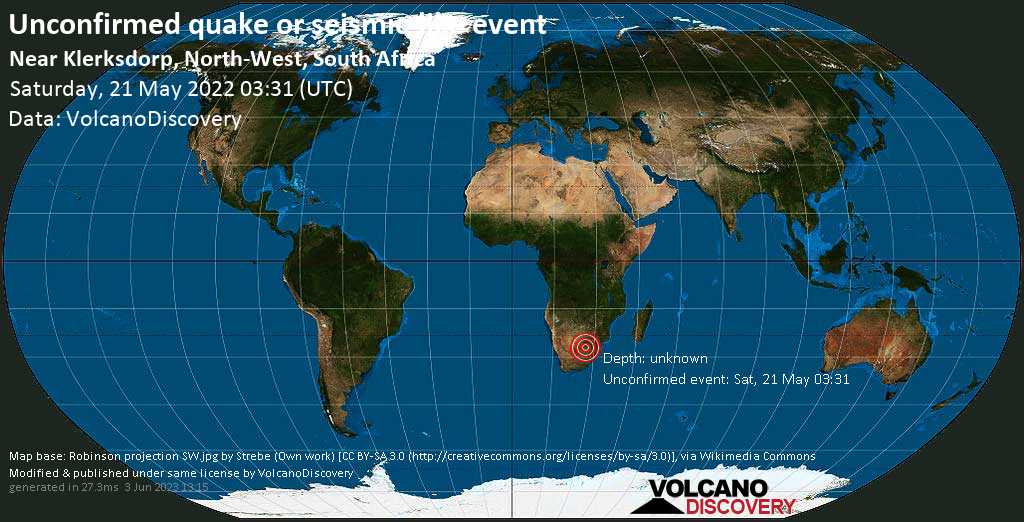 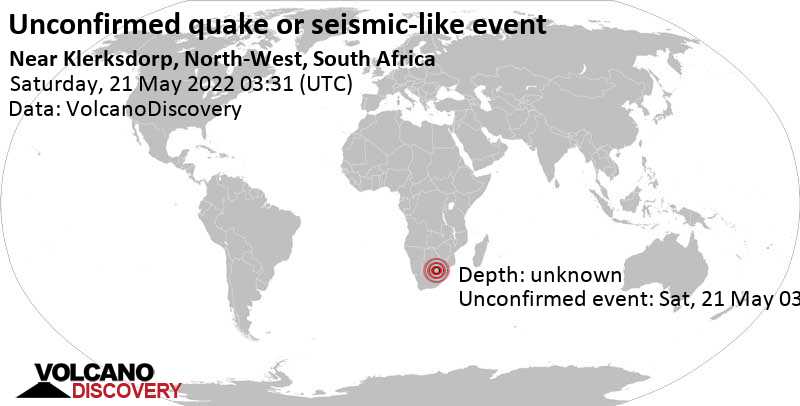 21 May 03:35 UTC: First to report: VolcanoDiscovery after 4 minutes.
I felt this quake
I didn't feel it