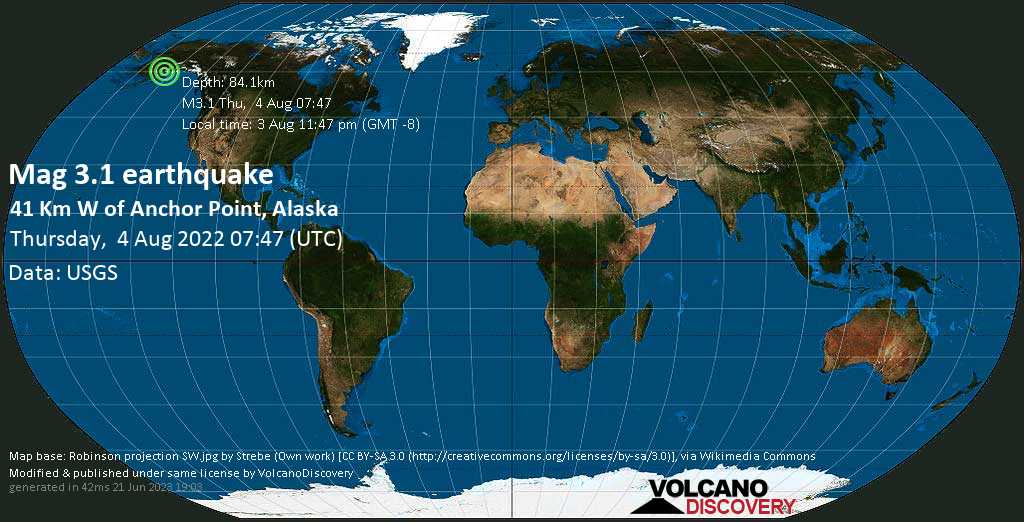 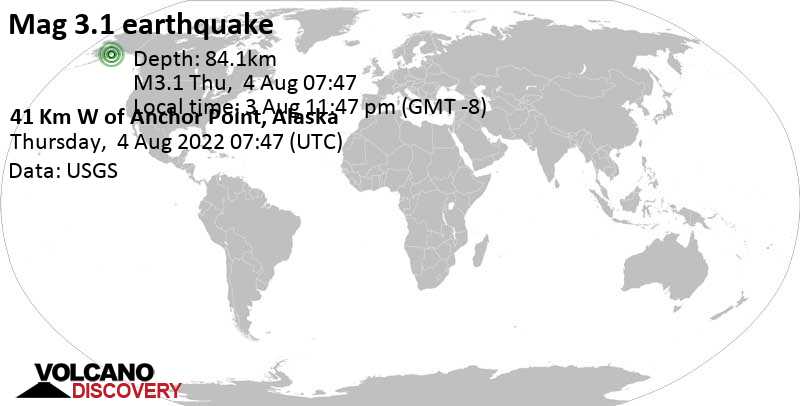 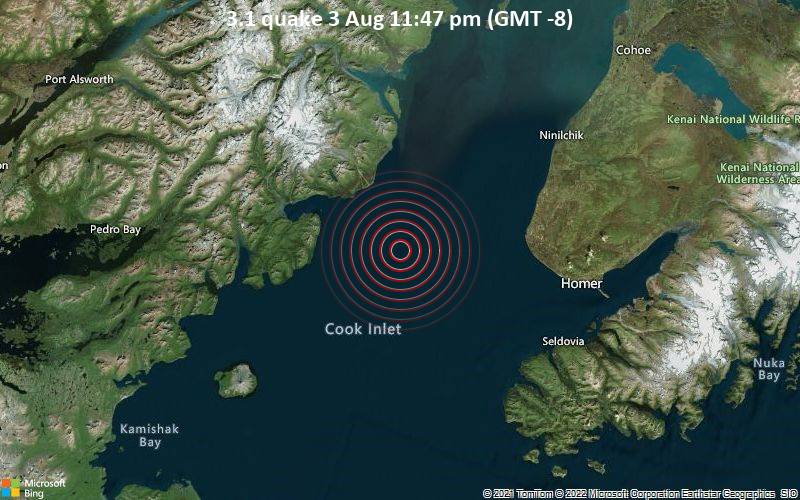 3.1 quake 3 Aug 11:47 pm (GMT -8)
An earthquake of magnitude 3.1 occurred only 6 minutes ago 25 miles west of Anchor Point, Alaska, United States, the United States Geological Survey reported.
The quake hit at an intermediate depth of 52 miles beneath the epicenter near Anchor Point, Kenai Peninsula, Alaska, USA, late at night on Wednesday, August 3rd, 2022, at 11:47 pm local time. The exact magnitude, epicenter, and depth of the quake might be revised within the next few hours or minutes as seismologists review data and refine their calculations, or as other agencies issue their report.
A second report was later issued by the citizen-seismograph network of RaspberryShake, which listed it as a magnitude 3.1 earthquake as well. A third agency, the European-Mediterranean Seismological Centre (EMSC), reported the same quake at magnitude 3.1.
According to preliminary calculations, we do not expect that the quake was felt by many people and did not cause any damage. In Anchor Point (pop. 1,900, 25 miles away), Diamond Ridge (pop. 1,200, 35 miles away), Homer (pop. 5,500, 36 miles away), and Fritz Creek (pop. 1,900, 44 miles away), the quake was probably not felt.
Download the Volcanoes & Earthquakes app and get one of the fastest seismic alerts online: Android | iOS
I felt this quake
I didn't feel it