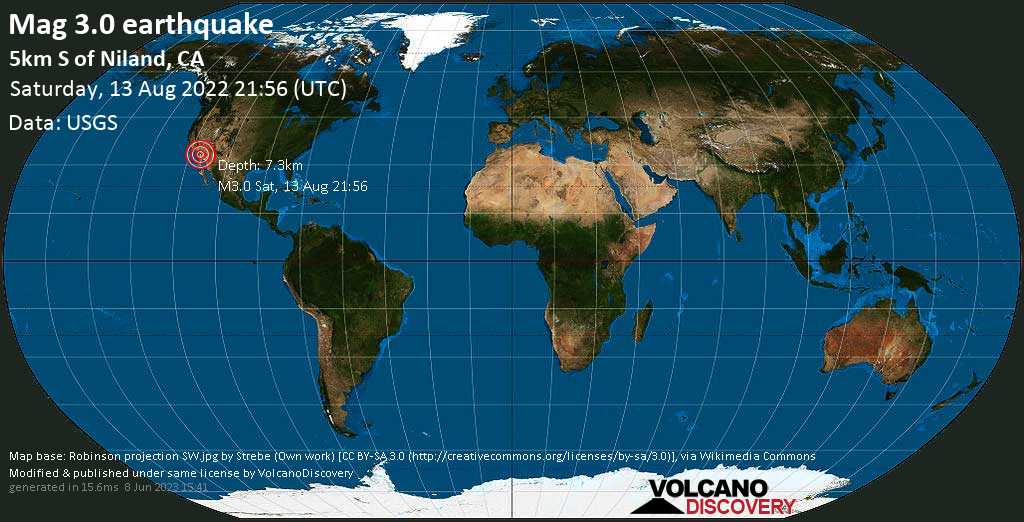 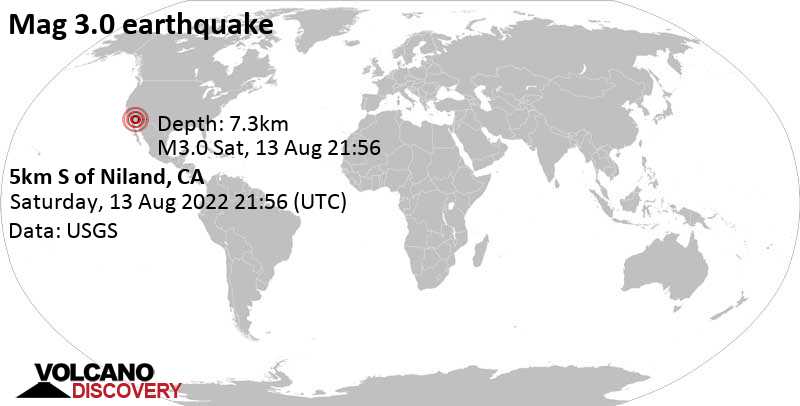 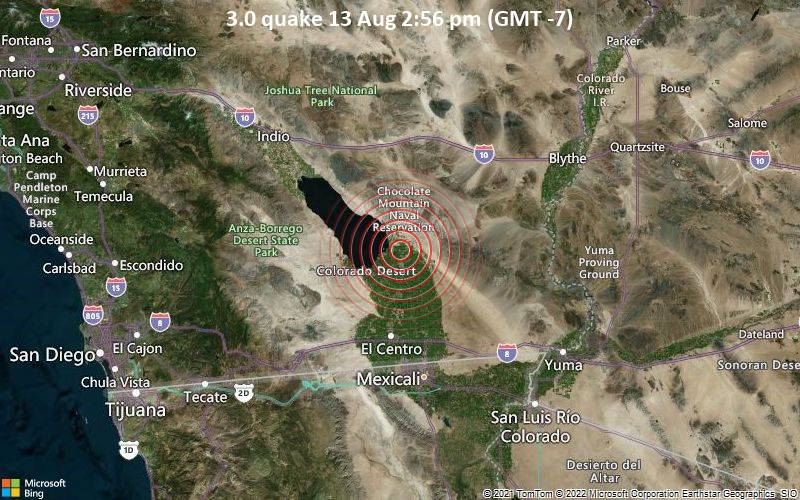 3.0 quake 13 Aug 2:56 pm (GMT -7)
A very shallow magnitude 3.0 earthquake was reported early afternoon near Brawley, Condado de Imperial County, California, USA.
According to the United States Geological Survey, the quake hit on Saturday, August 13th, 2022, at 2:56 pm local time at a very shallow depth of 4.3 miles. Shallow earthquakes are felt more strongly than deeper ones as they are closer to the surface. The exact magnitude, epicenter, and depth of the quake might be revised within the next few hours or minutes as seismologists review data and refine their calculations, or as other agencies issue their report.
Our monitoring service identified a second report from the citizen-seismograph network of RaspberryShake which listed the quake at magnitude 3.0 as well. A third agency, the European-Mediterranean Seismological Centre (EMSC), reported the same quake at magnitude 3.0.
Towns or cities near the epicenter where the quake might have been felt as very weak shaking include Niland (pop. 1000) located 3 miles from the epicenter, Calipatria (pop. 7,400) 5 miles away, Westmorland (pop. 2,300) 12 miles away, and Brawley (pop. 25,900) 15 miles away. In Imperial (pop. 17,100, 24 miles away), El Sentro (pop. 44,000, 28 miles away), and Calexico (pop. 40,100, 36 miles away), the quake was probably not felt.
Download the Volcanoes & Earthquakes app and get one of the fastest seismic alerts online: Android | iOS
I felt this quake
I didn't feel it

User reports estimate the perceived ground shaking intensity according to the MMI (Modified Mercalli Intensity) scale.
Contribute:
Leave a comment if you find a particular report interesting or want to add to it.
Flag as inappropriate.
Mark as helpful or interesting.
Send your own user report!
Translate
Niland / Moderate shaking (MMI V)