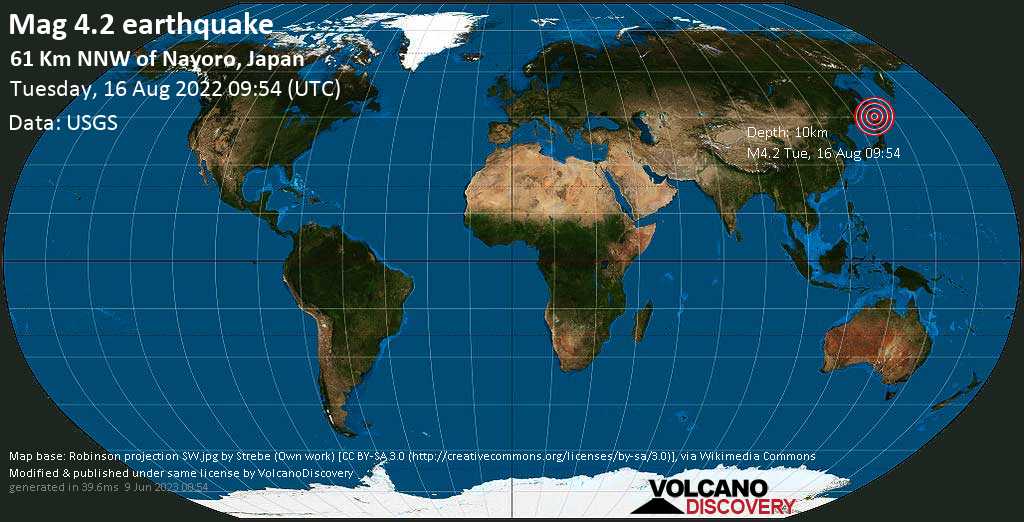 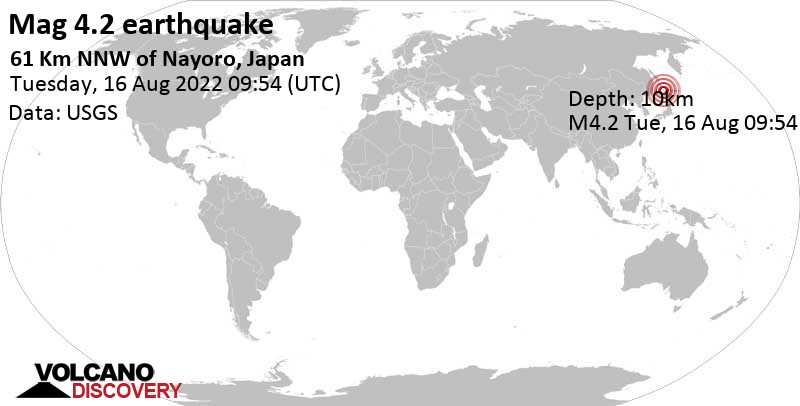 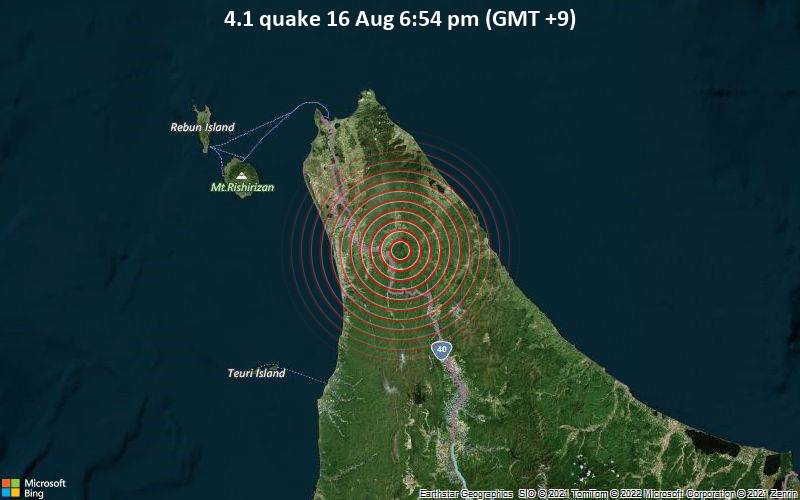 4.1 quake 16 Aug 6:54 pm (GMT +9)
Just 12 minutes ago, a 4.1-magnitude earthquake struck near Wakkanai, Wakkanai Shi, Hokkaido, Japan. The tremor was recorded early evening on Tuesday, August 16th, 2022, at 6:54 pm local time, at a shallow depth of 10 km below the surface.
The event was filed by the European-Mediterranean Seismological Centre (EMSC), the first seismological agency to report it.
A second report was later issued by the citizen-seismograph network of RaspberryShake, which listed it as a magnitude 4.1 earthquake as well. A third agency, Japan's National Research Institute for Earth Science and Disaster Resilience (NIED), reported the same quake at magnitude 4.0.
Based on the preliminary seismic data, the quake should not have caused any significant damage, but was probably felt by many people as light vibration in the area of the epicenter.
Weak shaking might have been felt in Nakagawa (pop. 1,600) located 10 km from the epicenter, Horonobe (pop. 2,400) 23 km away, and Toyotomi (pop. 4,100) 34 km away.
Other towns or cities near the epicenter where the quake might have been felt as very weak shaking include Bifuka (pop. 4,600) located 51 km from the epicenter, Makubetsu (pop. 25,900) 57 km away, Wakkanai (pop. 41,600) 66 km away, and Nayoro (pop. 26,500) 67 km away.
Download the Volcanoes & Earthquakes app and get one of the fastest seismic alerts online: Android | iOS
I felt this quake
I didn't feel it