This quake was likely an aftershock of the 7.0 quake Northern Molucca Sea 15 November 02:31 UTC, which had occurred 2 weeks earlier. 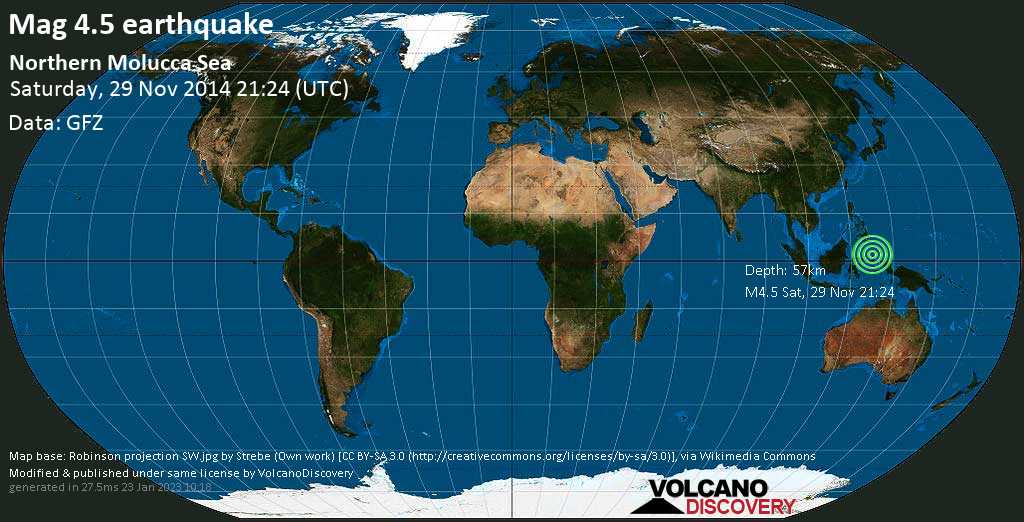 Ijen volcano photos: Ijen volcano in East Java is famous for its turquoise acid crater lake and the large sulfur deposits that are being mined by local workers. At night, the scene is illuminated by ghostly blue flames, as sulfur ignites.
Volcanoes in the South Sea

Tropical rainforest, coconut palm beaches, primitive culture and moon-like landscapes, and some of the world's most active and exciting volcanoes. Join us on our expedition to Vanuatu.
Etna Discovery
25 May - 1 June

Etna trekking tour: A tour entirely dedicated to Etna, the most active volcano in Europe. Spend 6 full days on Etna and get good chances to see eruptive activity.
Earthquakes 2016