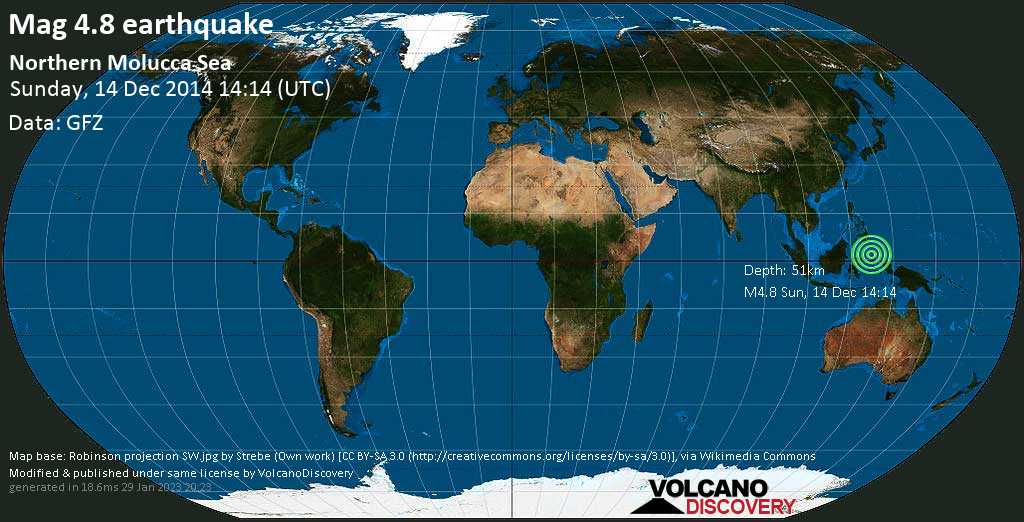 Try our new app!: Volcanoes & Earthquakes - our new free App for Android shows the latest earthquakes and active volcanoes on a map and as list, as well as volcano news from all the world. You can filter the data shown in various ways, e.g. by magnitude or age of earthquakes, the distance from your location, the status of volcanoes and so on.
Sakurajima crisis 2015

Volcanic crisis at Sakurajima - updates: A strong earthquake swarm and increased inflation were detected in August 2015 and triggered authorities to raise the alert level, as volcanologists think that a larger eruption could follow. News and updates on the events can be found on this page.
Chile earthquake 1 April 2014

Great magnitude 8.2 Chile earthquake 1 April 14: Reports, maps and list of aftershocks. Did you know the seismic waves were recorded everywhere in the world?
Lava and water