This quake was likely an aftershock of the 6.0 quake Santa Cruz Islands Region 18 February 09:32 UTC, which had occurred 7 hours earlier. 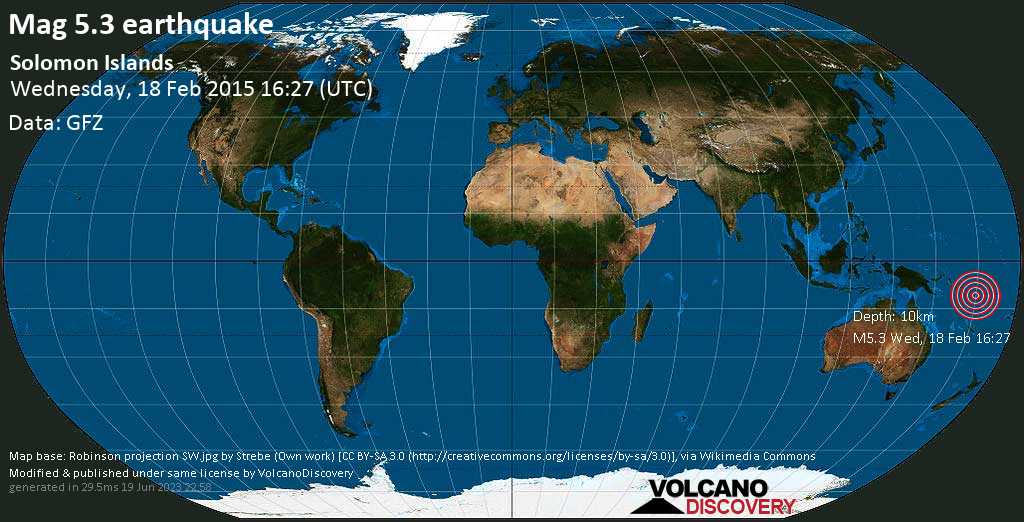 Ambrym+Yasur volcanoes in Vanuatu : An adventurous expedition to some of the most spectacular and active volcanoes in the world! Our volcano expedition to Vanuatu lets you spend 1 week on Ambrym with its multiple active lava lakes and 4 days on Yasur, famous for its spectacular fireworks. Guided by professional volcanologist, small groups (May-Sep).
Erta Ale + Dallol

Desert, Salt & Volcanoes: One of our best volcano expeditions! Stay 3 full days / nights at the active lava lake of Erta Ale, explore the wonders of Dallol and the Danakil desert in northern Ethiopia. 14 days expedition during Nov-March, small groups, guided by geologist.
Erta Ale eruption
Overflowing lava lake 17 Jan 2017
Get the ad-free version!
Why is there advertising on this site?