This quake was likely an aftershock of the 6.0 quake Santa Cruz Islands Region 18 February 09:32 UTC, which had occurred 8 hours earlier. 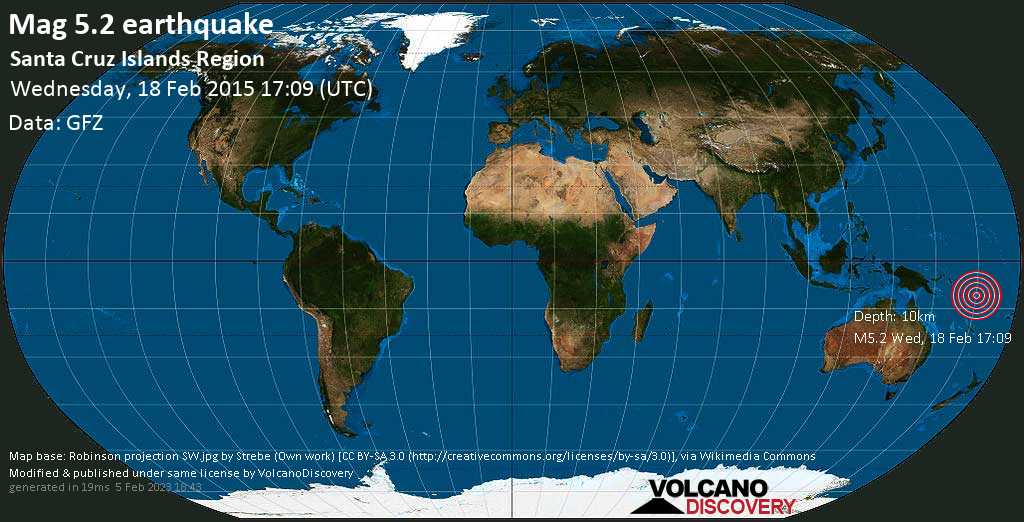 Latest quakes at Katla volcano: One of Iceland's most active and dangerous volcanoes is showing signs of unrest and statistically due for a new eruption. Earthquakes could give a clue.
Volcanic ash

The term for all fine-grained volcanic products fragmented during explosive eruptions.
Lava and water