This quake was likely an aftershock of the 6.2 quake Northern Molucca Sea 17 March 22:12 UTC, which had occurred 10 days earlier. 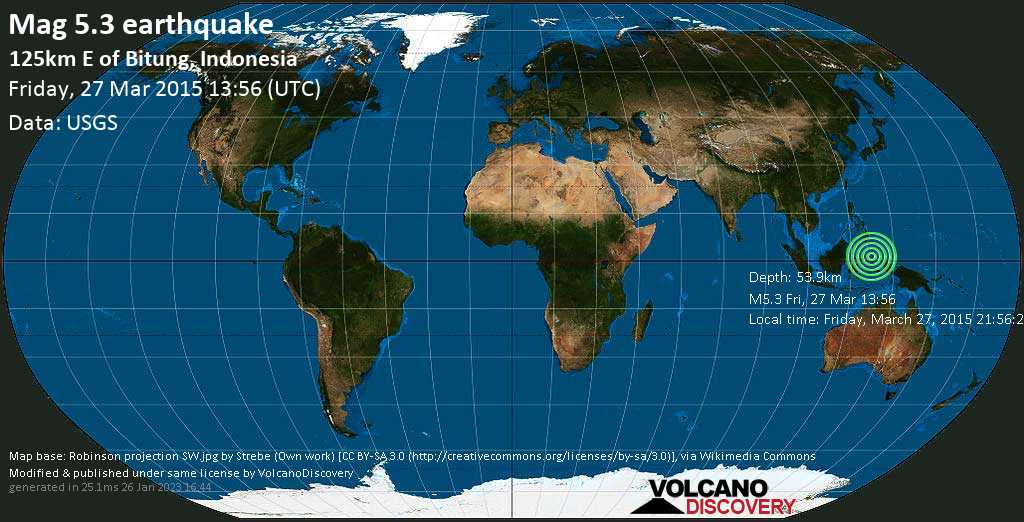 Try our new app!: Volcanoes & Earthquakes - our new free App for Android shows the latest earthquakes and active volcanoes on a map and as list, as well as volcano news from all the world. You can filter the data shown in various ways, e.g. by magnitude or age of earthquakes, the distance from your location, the status of volcanoes and so on.
What is a volcano?

Definition of a volcano: A volcano is the term for any place on the surface of the earth, where hot molten rock (magma) reaches the surface.
Destinations

Tours by destination: We travel to volcanic areas worldwide: from Greece and Italy, Iceland, to Hawai'i, Japan, Indonesia, Vanuatu. We even offer a Round-The-World tour to volcanoes.
Peru
5-16 June 2021