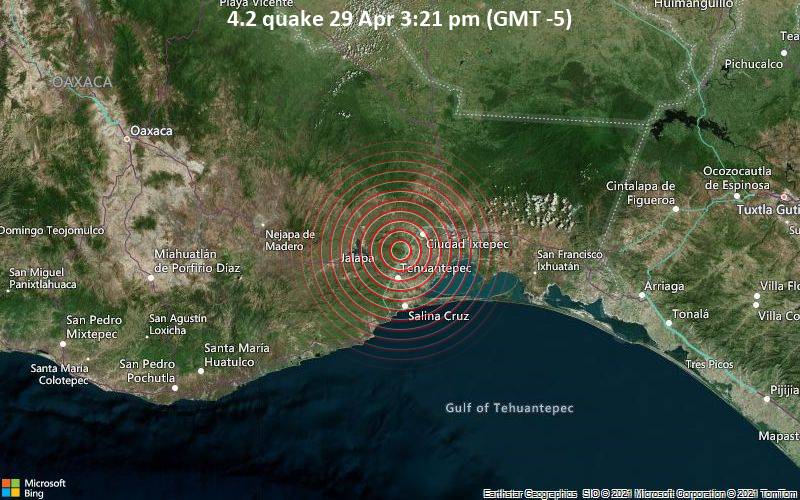 4.2 quake 29 Apr 3:21 pm (GMT -5)
A very shallow magnitude 4.2 earthquake was reported early afternoon near Juchitan de Zaragoza, Heroica Ciudad de Juchitán de Zaragoza, Oaxaca, Mexico.
According to Mexico's National Seismological Service (SSN), the quake hit on Thursday 29 April 2021 at 3:21 pm local time at a very shallow depth of 3 km. Shallow earthquakes are felt more strongly than deeper ones as they are closer to the surface. The exact magnitude, epicenter, and depth of the quake might be revised within the next few hours or minutes as seismologists review data and refine their calculations, or as other agencies issue their report.
A second report was later issued by the European-Mediterranean Seismological Centre (EMSC), which listed it as a magnitude 4.2 earthquake as well.
Based on the preliminary seismic data, the quake was probably felt by many people in the area of the epicenter. It should not have caused significant damage, other than objects falling from shelves, broken windows, etc.
In Colonia Deportivo (pop. 13) located 4 km from the epicenter, and San Pedro Comitancillo (pop. 3,900) 8 km away, the quake should have been felt as light shaking. 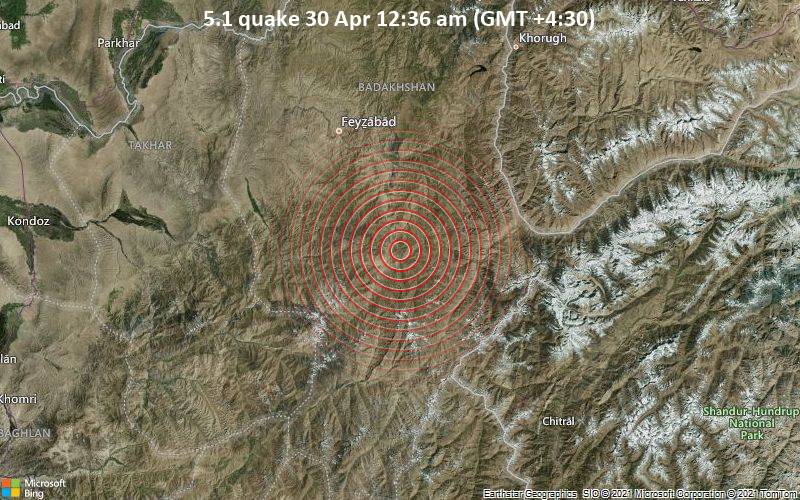 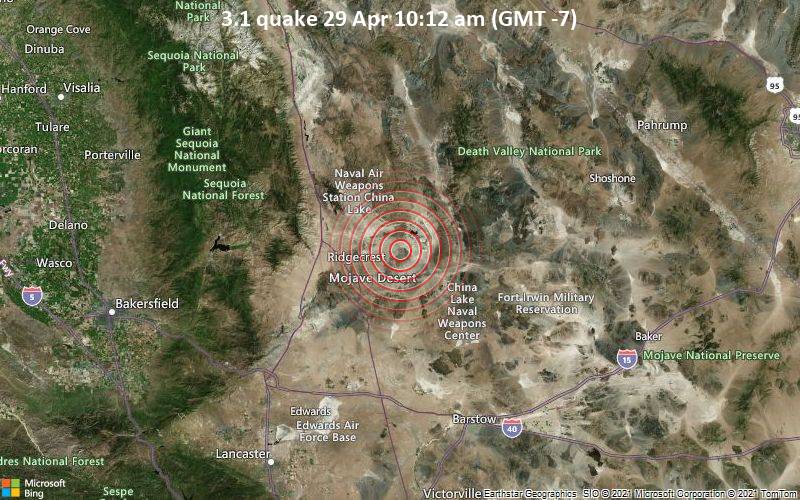 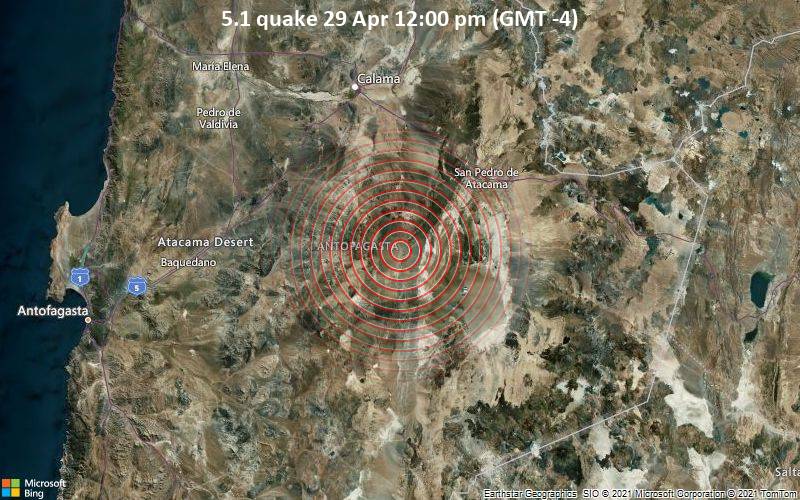 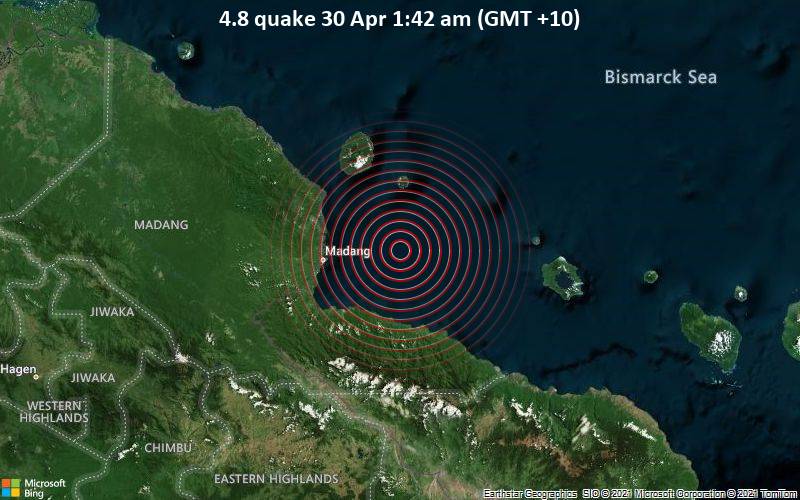 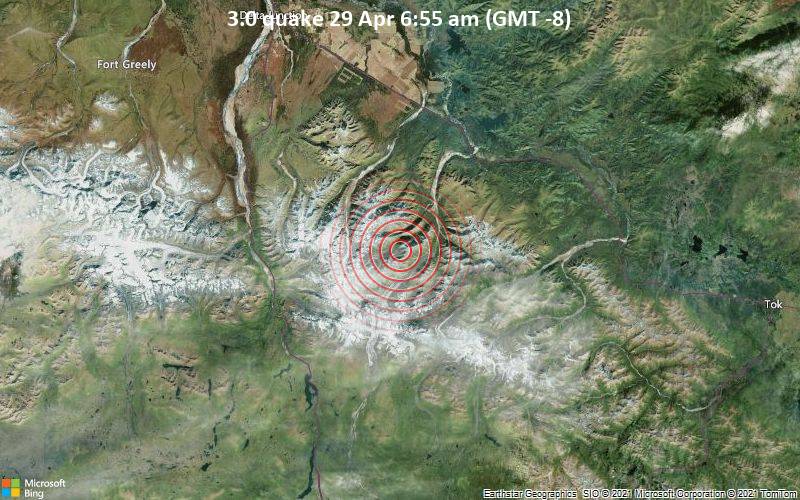 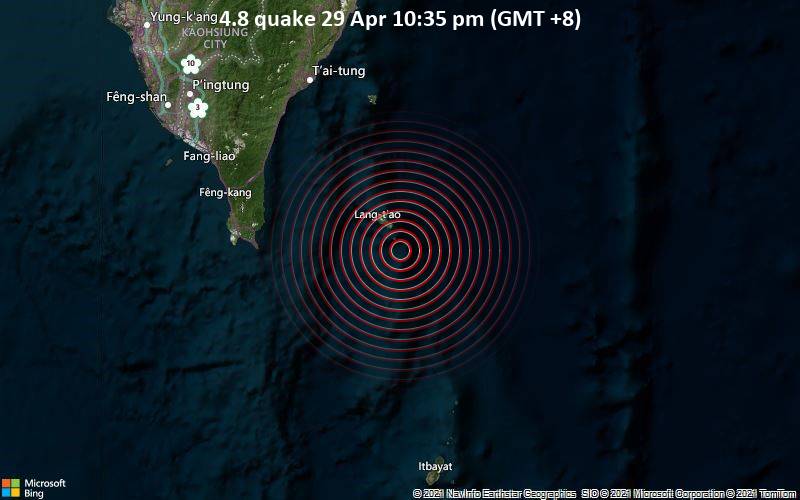 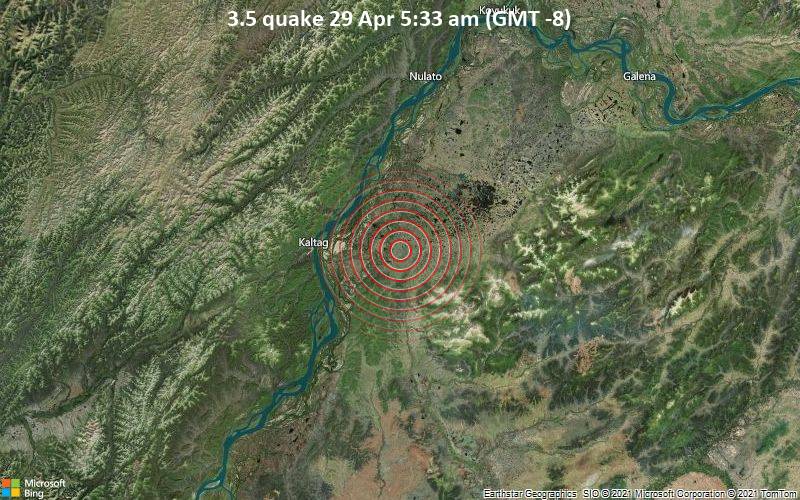 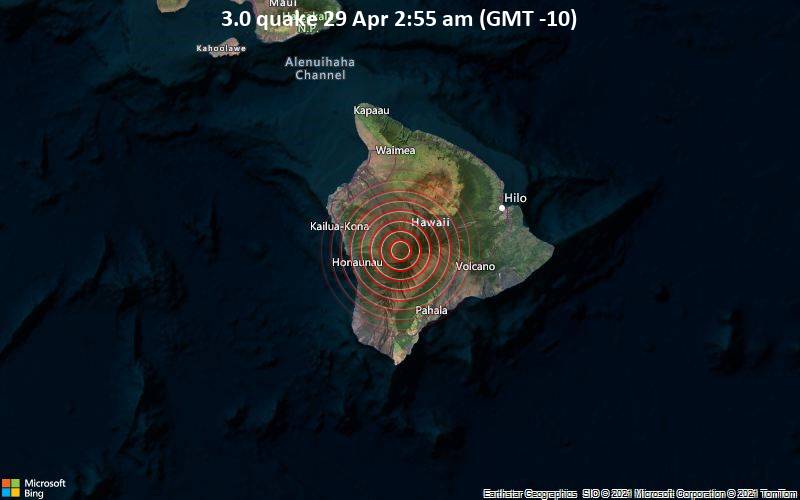 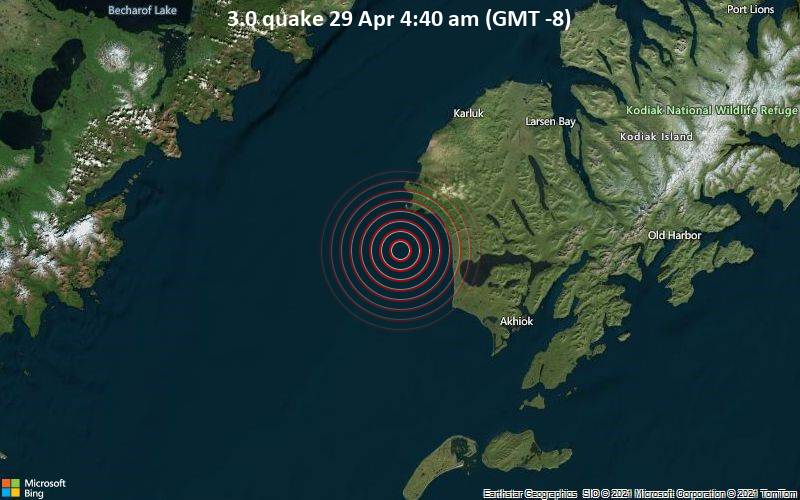 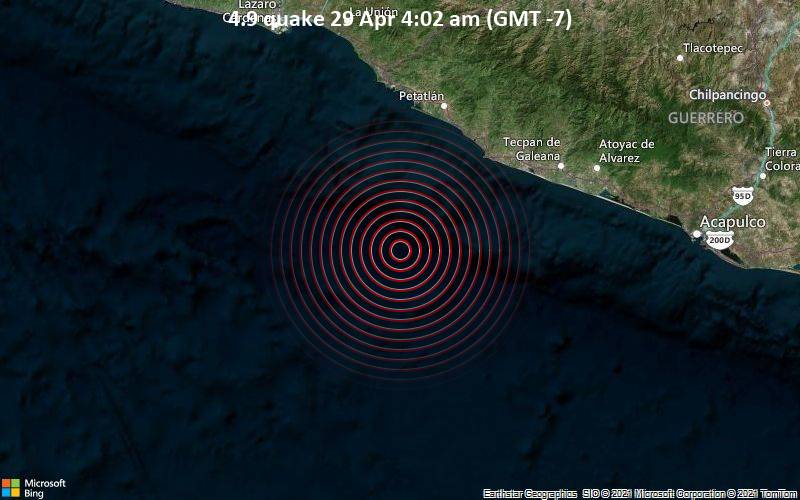 The United States Geological Survey reported a magnitude 4.9 quake in Mexico near Ixtapa Zihuatanejo, Zihuatanejo de Azueta, Guerrero, 31 minutes ago. The earthquake hit early morning on Thursday 29 April 2021 at 4:02 am local time at a shallow depth of 10 km. Magnitude and other quake parameters can still change in the coming hours as the agency continues to process seismic data. ... Read all
Μηνιαίες αναφορές
Try our free app!