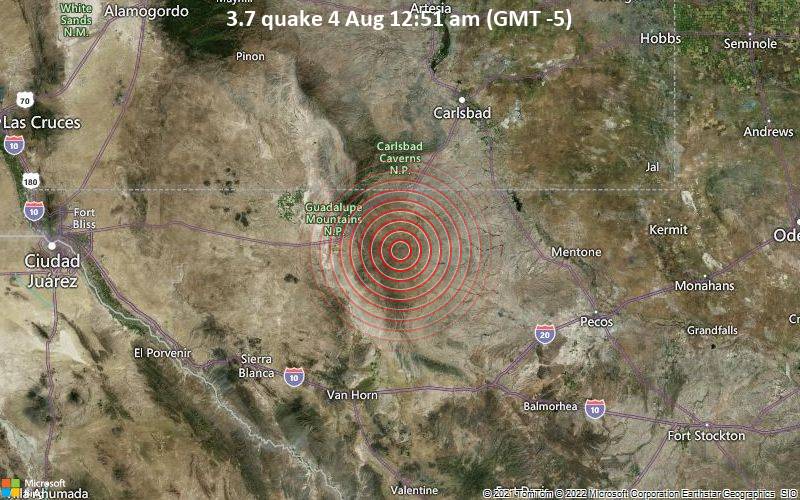 3.7 quake 4 Aug 12:51 am (GMT -5)
An earthquake of magnitude 3.7 occurred only 20 minutes ago 53 miles southwest of Carlsbad, Texas, United States, the United States Geological Survey reported.
The quake hit at a very shallow depth of 3.1 miles beneath the epicenter near Carlsbad, Eddy County, New Mexico, USA, after midnight on Thursday, August 4th, 2022, at 12:51 am local time. The exact magnitude, epicenter, and depth of the quake might be revised within the next few hours or minutes as seismologists review data and refine their calculations, or as other agencies issue their report.
A second report was later issued by the European-Mediterranean Seismological Centre (EMSC), which listed it as a magnitude 3.7 earthquake as well.
Towns or cities near the epicenter where the quake might have been felt as very weak shaking include Dell City (pop. 350) located 40 miles from the epicenter. In Van Horn (pop. 1,900, 49 miles away), and Carlsbad (pop. 29,000, 53 miles away), the quake was probably not felt.
Quake updates
If you felt it, report it through our site or app right now!
Download and Upgrade the Volcanoes & Earthquakes app to get one of the fastest seismic alerts online:
Android | IOS
Earthquake data:
ΈΝΙΩΣΑ ΑΥΤΌ ΤΟ ΣΕΙΣΜΌ
Ημερομηνία & time: Aug 4, 2022 12:51 am (GMT -5) local time (4 Aug 2022 05:51 GMT)
Μέγεθος: 3.7
Βάθος: 5.0 km
Επίκεντρο γεωγραφικό πλάτος / γεωγραφικό μήκος: 31.72°N / 104.57°W 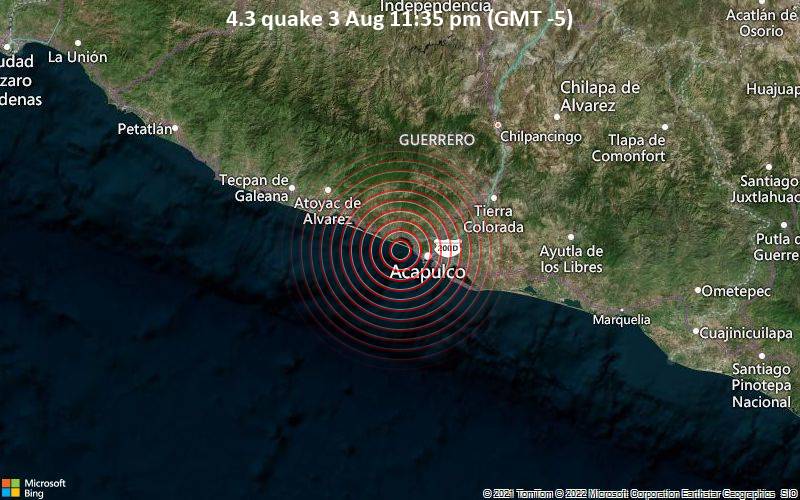 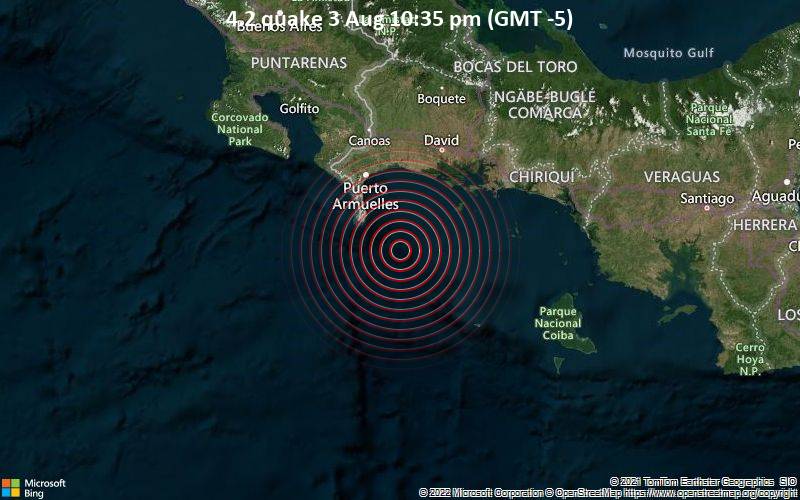 A magnitude 4.2 earthquake near David, Distrito de David, Provincia de Chiriqui, Panama, was reported only 13 minutes ago by the European-Mediterranean Seismological Centre (EMSC), considered one of the key international agencies that monitor seismic activity worldwide. The earthquake occurred at a shallow depth of 14 km beneath the epicenter late at night on Wednesday, August 3rd, 2022, at 10:35 pm local time. The exact magnitude, epicenter, and depth of the quake might be revised within the next few hours or minutes as seismologists review data and refine their calculations, or as other agencies issue their report. ... Read all
Δείτε περισσότερα
Thu, 4 Aug 2022, 01:16 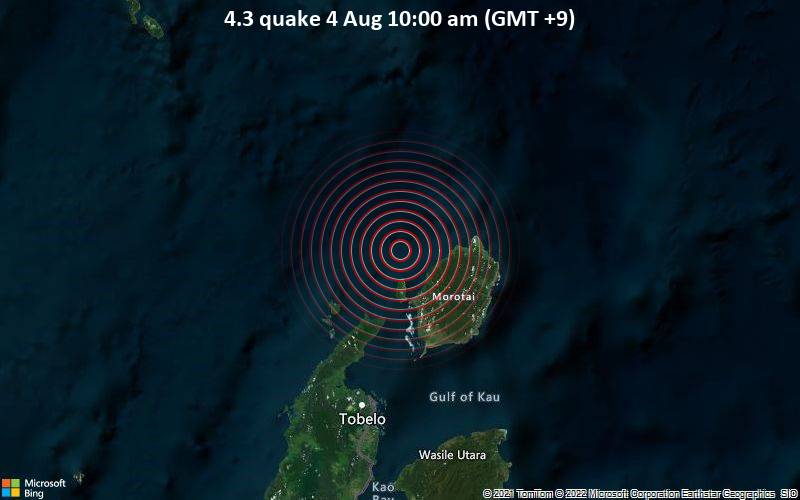 An earthquake of magnitude 4.3 occurred only 14 minutes ago 95 km north of Tobelo, Indonesia, the European-Mediterranean Seismological Centre (EMSC) reported. ... Read all
Thu, 4 Aug 2022, 01:07 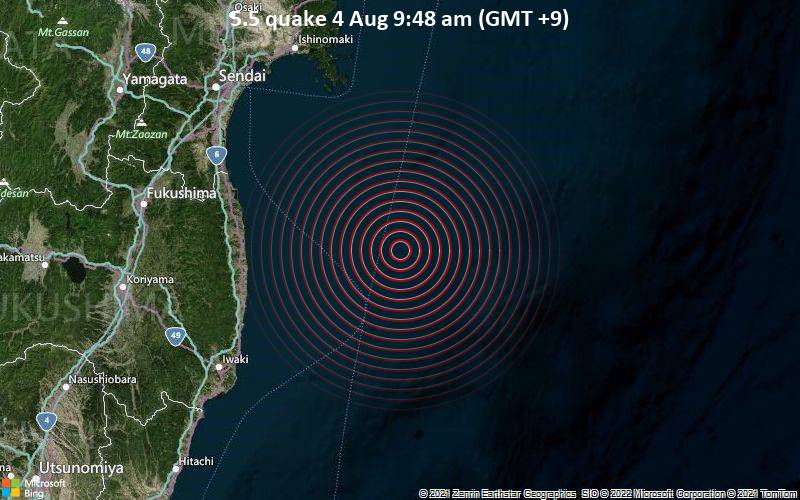 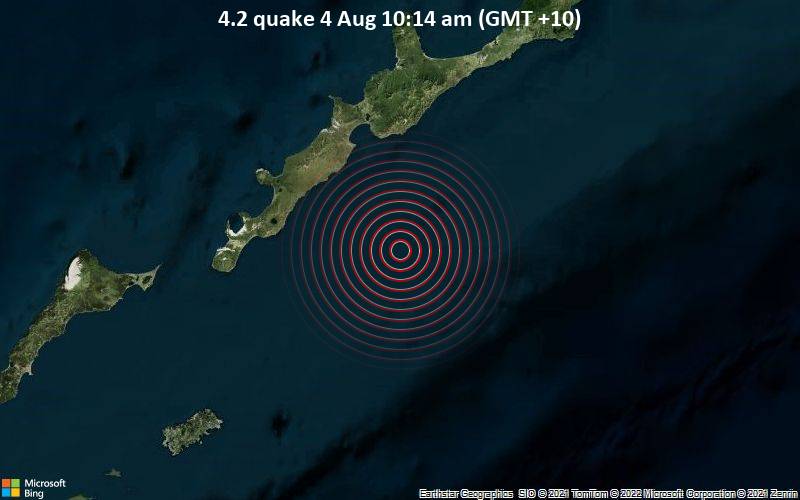 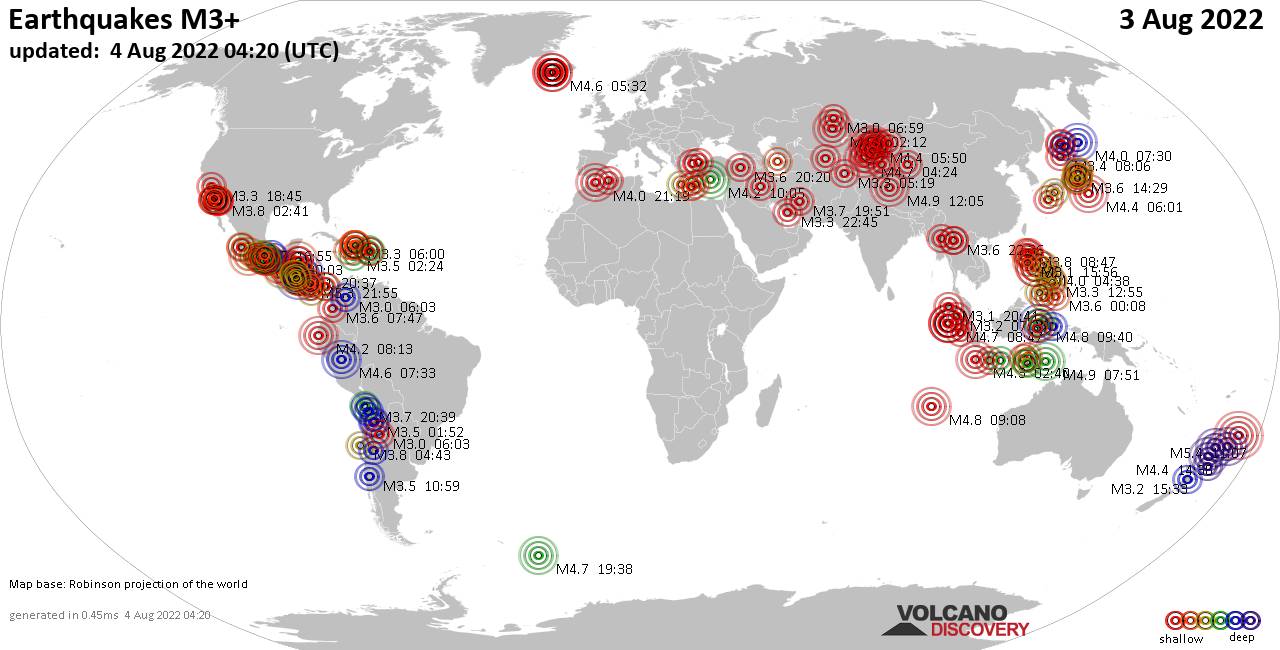 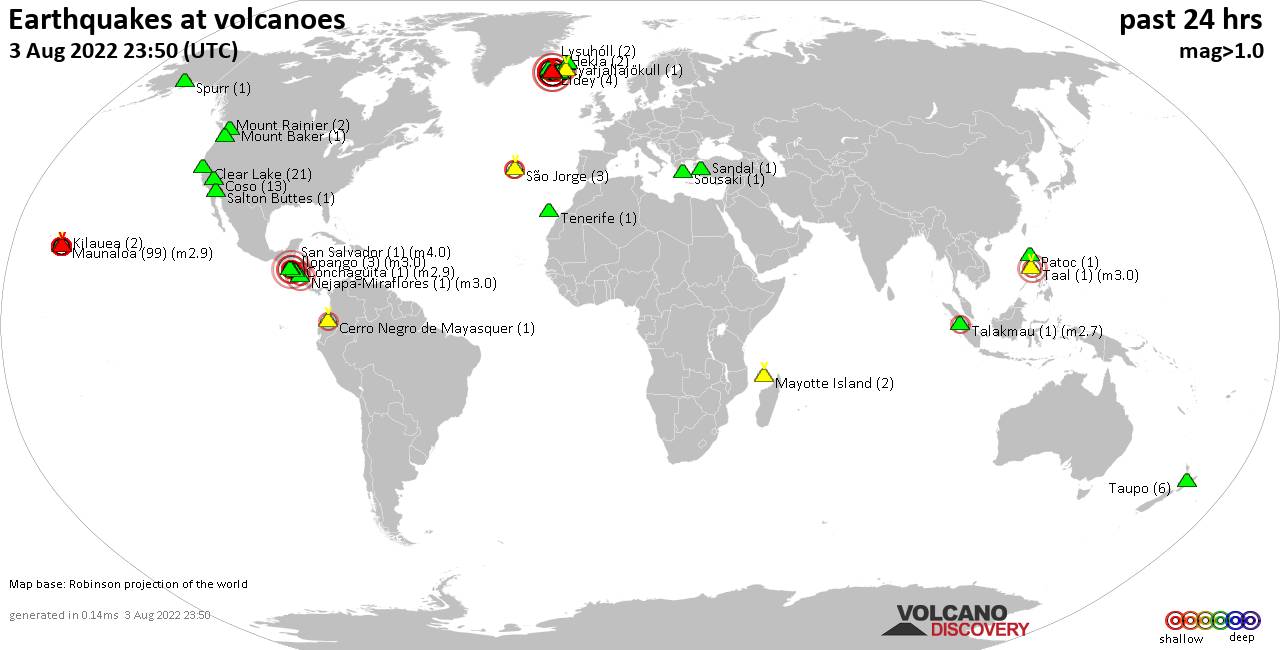 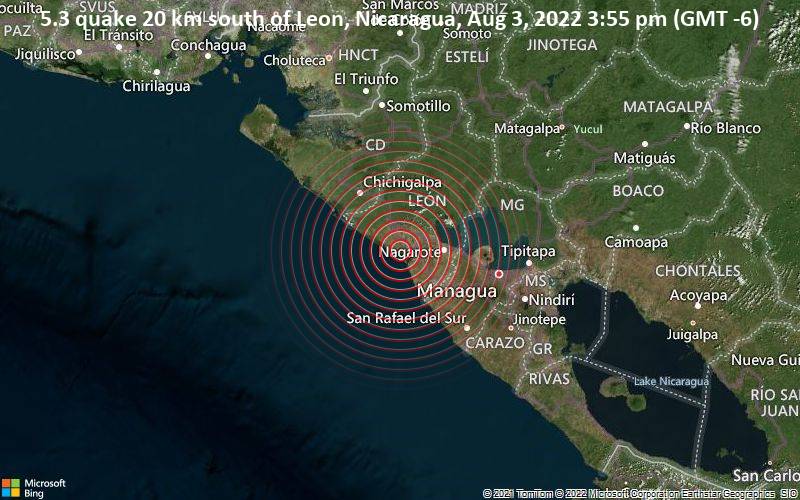 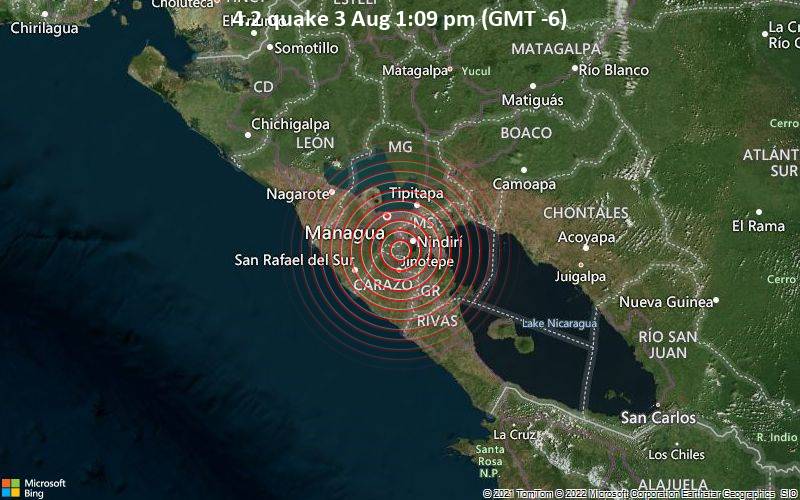 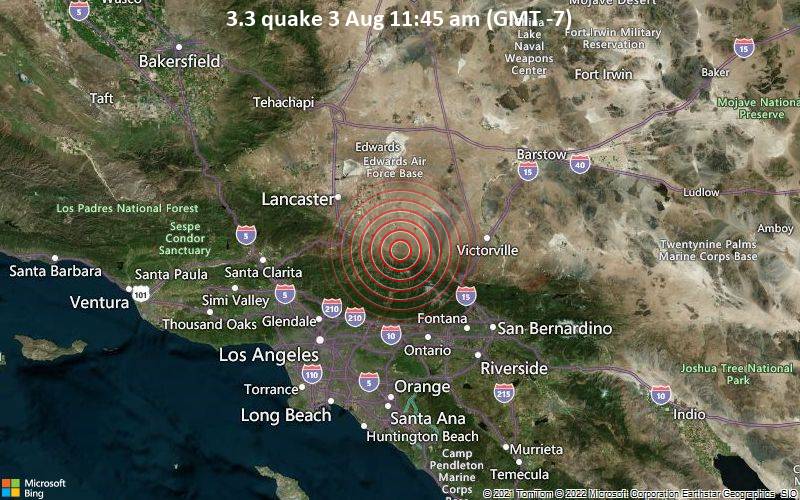