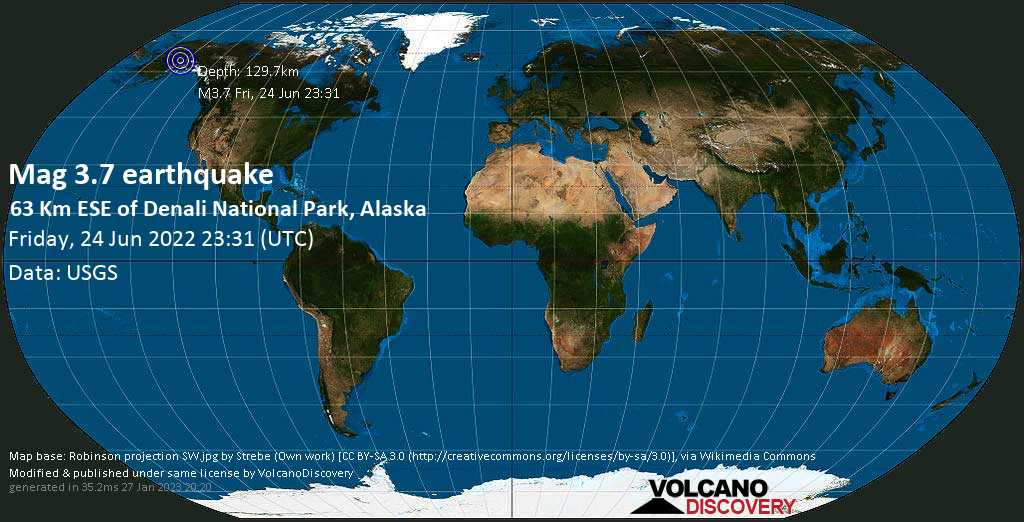 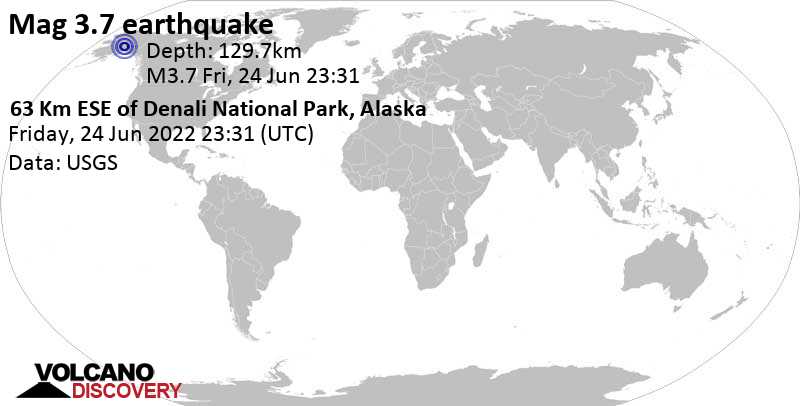 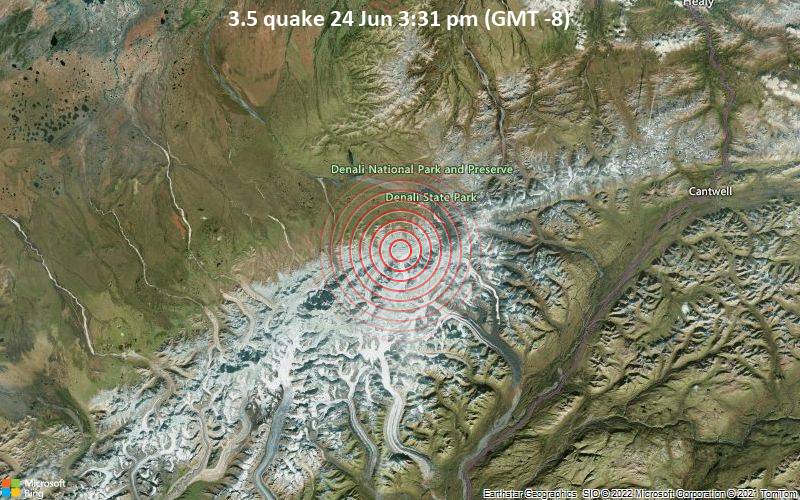 3.5 quake 24 Jun 3:31 pm (GMT -8)
An earthquake of magnitude 3.5 occurred only 8 minutes ago 40 miles southeast of Denali National Park, Alaska, United States, the United States Geological Survey reported.
The quake hit at an intermediate depth of 80 miles beneath the epicenter near Denali National Park, Denali, Alaska, USA, early afternoon on Friday, June 24th, 2022, at 3:31 pm local time. The exact magnitude, epicenter, and depth of the quake might be revised within the next few hours or minutes as seismologists review data and refine their calculations, or as other agencies issue their report.
A second report was later issued by the citizen-seismograph network of RaspberryShake, which listed it as a magnitude 3.5 earthquake as well. A third agency, the European-Mediterranean Seismological Centre (EMSC), reported the same quake at magnitude 3.5.
According to preliminary calculations, we do not expect that the quake was felt by many people and did not cause any damage. In Denali National Park (pop. 220, 40 miles away), the quake was probably not felt.
Κατεβάστε την εφαρμογή Volcanoes & Earthquakes και λάβετε μία από τις ταχύτερες σεισμικές ειδοποιήσεις στο διαδίκτυο: Android | iOS
ΈΝΙΩΣΑ ΑΥΤΌ ΤΟ ΣΕΙΣΜΌ
I didn't feel it