Askja is a large basaltic central volcano that forms the Dyngjufjöll massif. It is truncated by three overlapping calderas, the largest of which is 8 km wide and may have been produced primarily from subglacial ring-fracture eruptions rather than by subsidence.

A major rhyolitic explosive eruption from Dyngjufjöll about 10,000 years ago was in part associated with the formation of Askja caldera. Many postglacial eruptions also occurred along the ring-fracture. A major explosive eruption on the SE caldera margin in 1875 was one of Iceland's largest during historical time. It resulted in the formation of a smaller 4.5-km-wide caldera, now filled by Öskjuvatn lake, that truncates the rim of the larger central caldera. The 100-km-long Askja fissure swarm, which includes the Sveinagja graben, is also related to the Askja volcanic system, as are several small shield volcanoes such as Kollatadyngja. Twentieth-century eruptions at Askja have produced lava flows from vents located mostly near Öskjuvatn lake. 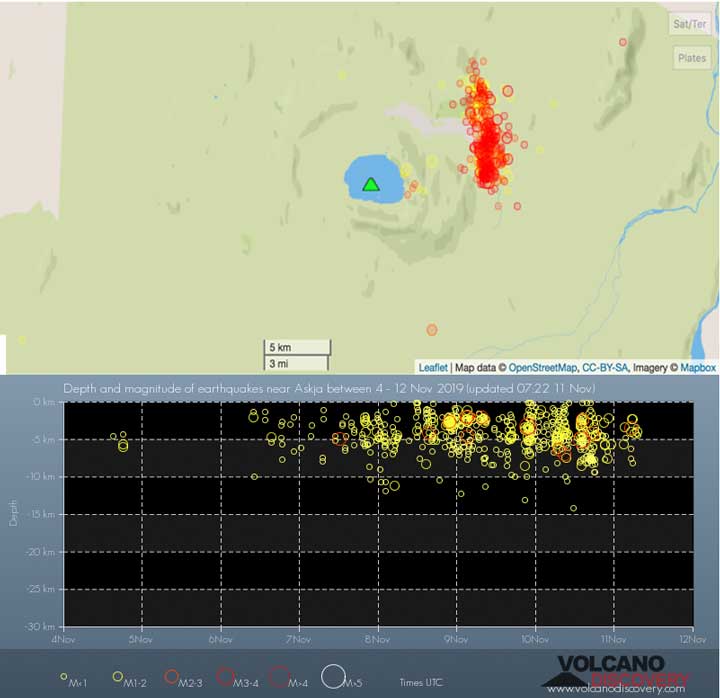 An swarm of earthquakes is occurring near the Askja caldera, in an area approx. 10 km ENE from the rim and at depths around 5 km. ... Read all
Mon, 12 Oct 2015, 09:21
Askja volcano (Iceland): earthquake swarm near Herdubreid volcano 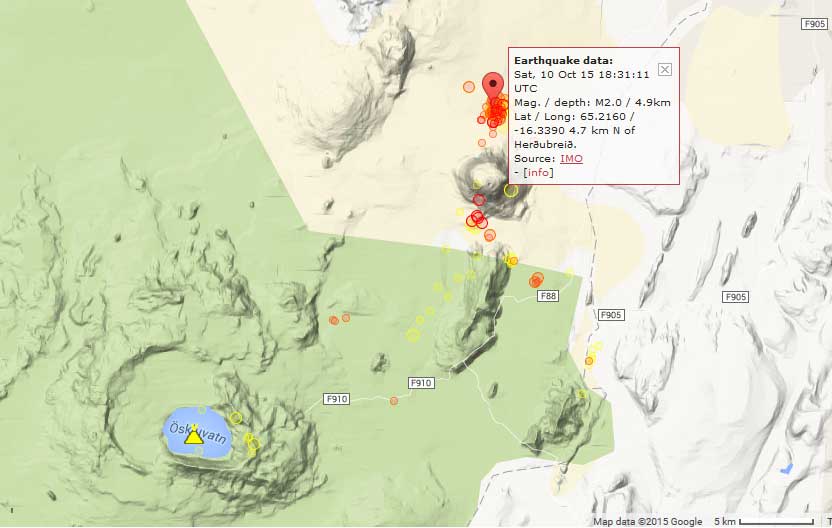 Do you know which is the biggest volcano in the world?
Santorini April 2017

Foto tour Santorini April 2017
A selection of images taken during our photo tour on Santorini. We offer customized small-group photography tours and workshops on the beautiful island of Santorini.
California earthquakes

Visit our video channel on youtube!
Why is there advertising on this site?
Support us - Help us upgrade our services!
We truly love working to bring you the latest volcano and earthquake data from around the world. Maintaining our website and our free apps does require, however, considerable time and resources.
We need financing to increase hard- and software capacity as well as support our editor team. We're aiming to achieve uninterrupted service wherever an earthquake or volcano eruption unfolds, and your donations can make it happen! Every donation will be highly appreciated. If you find the information useful and would like to support our team in integrating further features, write great content, and in upgrading our soft- and hardware, please make a donation (PayPal or Online credit card payment).