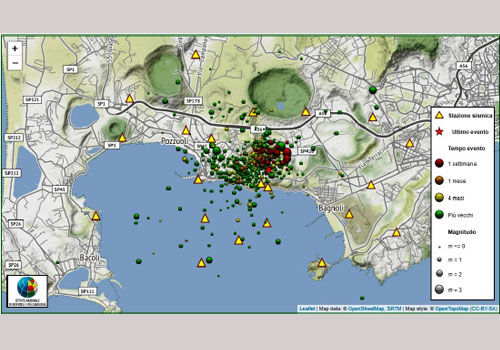 Location of earthquakes (C) INGV
A seismic swarm occurred beneath the Phlegrean Fields. This swarm began at 03:51 on 26/04/2020 and was made up of 34 earthquakes with magnitudes ranging from 0.0 to 3.1 and hypocentral depth between 1-2 km. There have been no new fumarole openings reported.
Campi Flegrei volcano (Italy) status report: continuing slow inflation
jue, 27 feb 2020, 16:14 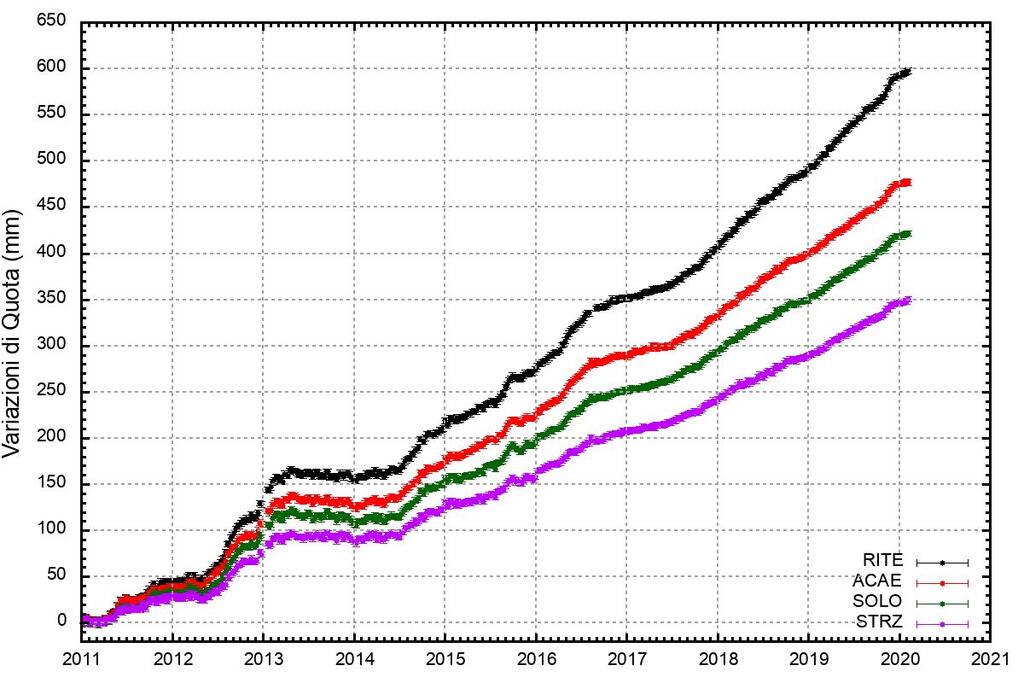 Deformation (inflation) of some points in the Campi Flegrei caldera (image: INGV OV)
The latest report of the Vesuvius Volcano Observatory (INGV OV) shows that inflation of the Pozzuoli area continues at steady rates of up to 0,7 cm per month, totaling over 10 cm during the past 10 years for some places. Read all
Mostrar más
Campi Flegrei volcano (Italy) status report: no significant variations in activity
jue, 21 nov 2019, 14:10 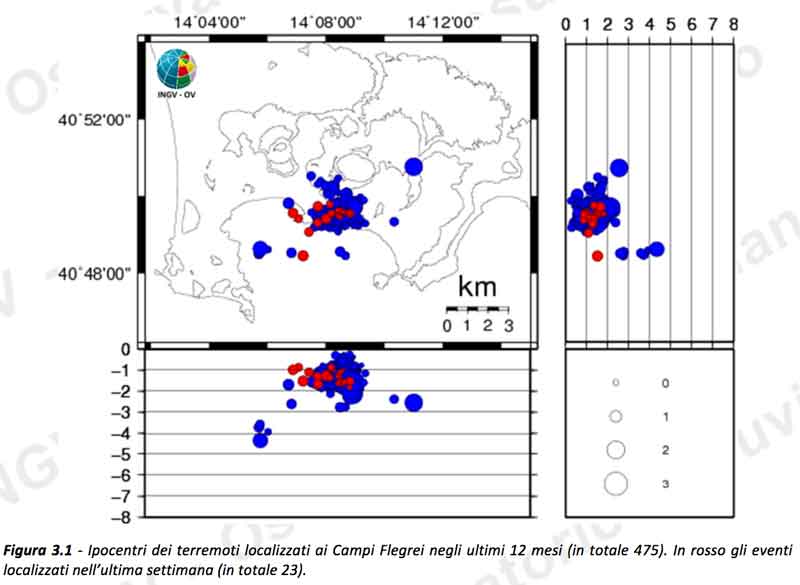 Earthquakes at the Campi Flegrei during the past 12 months (red: past week) (image: OV)
No significant variations in monitored activity have been occurring at the Campi Flegrei recently, according to the most recent report of the volcanological observatory (OV). Read all
Campi Flegrei caldera (Italy): new geysir-like fumarole vent observed, ongoing slow inflation
mié, 6 feb 2013, 15:35 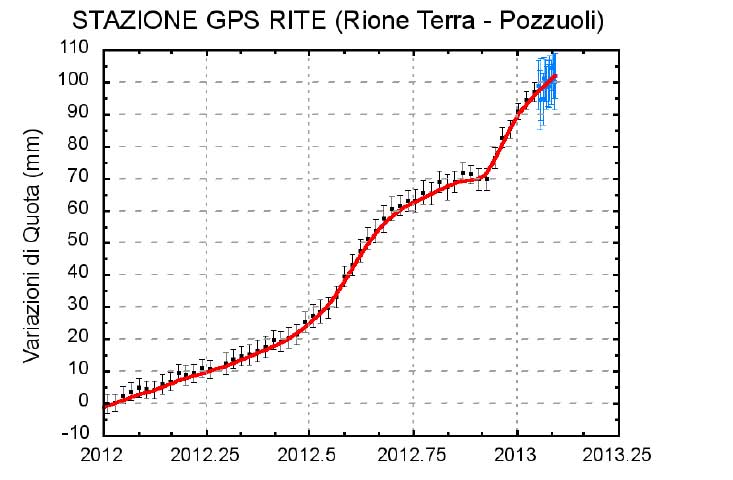 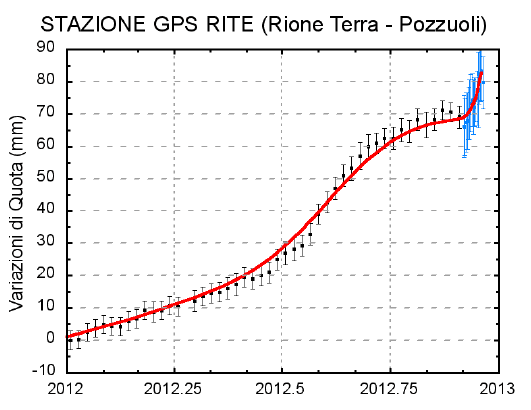 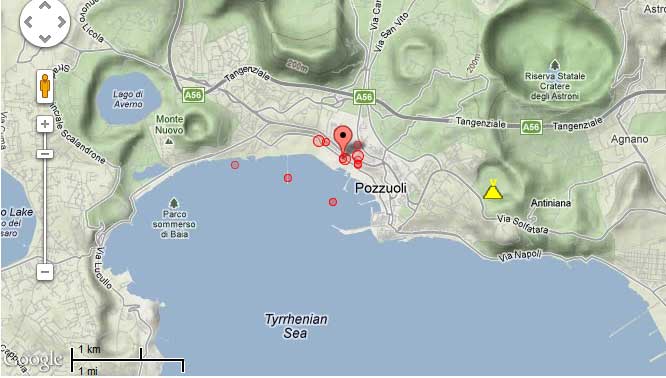 Round-the-world volcano tour
Have you ever dreamt of travelling around the world? VolcanoDiscovery makes this dream come true.
Etna

Etna volcano photos
Etna - Europe's largest and most active volcano is a universe in itself. Browse through our collection spanning almost 20 years of eruptions and more.
Volcanoes outside Earth

Volcanoes in the Solar System
The Earth is not the only place with volcanic activity. Active volcanism also occurs at at least 3 other bodies in our Solar System.
Why is there advertising on this site?
Support us - Help us upgrade our services!
We truly love working to bring you the latest volcano and earthquake data from around the world. Maintaining our website and our free apps does require, however, considerable time and resources.
We need financing to increase hard- and software capacity as well as support our editor team. We're aiming to achieve uninterrupted service wherever an earthquake or volcano eruption unfolds, and your donations can make it happen! Every donation will be highly appreciated. If you find the information useful and would like to support our team in integrating further features, write great content, and in upgrading our soft- and hardware, please make a donation (PayPal or Online credit card payment).

Planned features:Thanks to your past donations, these features have been added recently:
Download and Upgrade the Volcanoes & Earthquakes app to get one of the fastest seismic and volcano alerts online:
Android | IOS
Thank you!
Copyrights: VolcanoDiscovery y otras fuentes como se ha señalado.
Uso de material: Most texts and images, in particular photographs, on this website are protected by copyright. Further reproduction and use of without authorization is usually not consented. If you are not sure or need licensing rights for photographs, for example for publications and commercial use, please contact us.
Home | Travel | Destinations | Volcanoes | Photos | Earthquakes | About | Glossary | News | Contact | Privacy - change consent | Imprint || EN | DE
Siga con nosotros: