Fuerte terremoto magnitud 6.5 - Off the East Coast of the North Island of New Zealand, jueves, 15 dic. 1994 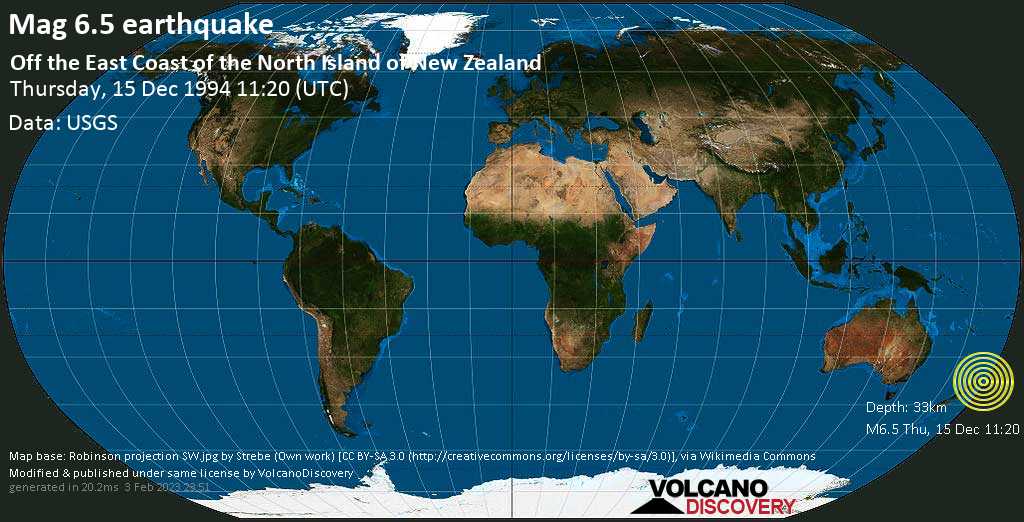 Aftershocks of the M 6.5 terremoto: Off the East Coast of the North Island of New Zealand Thu, 15 Dec 11h20

Fuerte terremoto magnitud 6.5 - Off the East Coast of the North Island of New Zealand, jueves, 15 dic. 1994

Try our new app!: Volcanoes & Earthquakes - our new free App for Android shows the latest earthquakes and active volcanoes on a map and as list, as well as volcano news from all the world. You can filter the data shown in various ways, e.g. by magnitude or age of earthquakes, the distance from your location, the status of volcanoes and so on.
Kamchatka

Photos from Kamchatka: Kamchatka in Russia's far east is one of world's remotest regions and has an almost unparalleled density of active volcanoes. Look at photos taken during our expeditions from this wonderful corner of the world!
Tour photos