Update So 01 Apr 10:19
What already had been becoming evident late last night, the 23rd paroxysm of Etna's New SE crater occurred early during the second half of the night to 1st April.
The climax of the eruption with tall lava fountains took place at around 3 am and was relatively short, as during the previous eruption. Lava flowed into the Valle del Bove and the southeastern sector of the Etna and the surroundings received ash fall.
It is interesting to note that interval since the previous eruption, 14 days, was exactly the same as the previous interval. This suggests that once again, a certain rhythm might have established itself, and if that is true, the next paroxysm should be expected around 15 April... 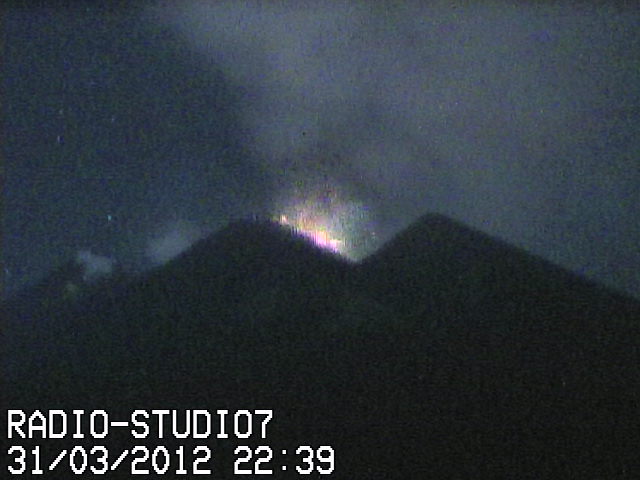 Tremor and activity visible on the webcam are increasing. One would now bet that the paroxysm is going to occur during the night... - Good night to everybody! 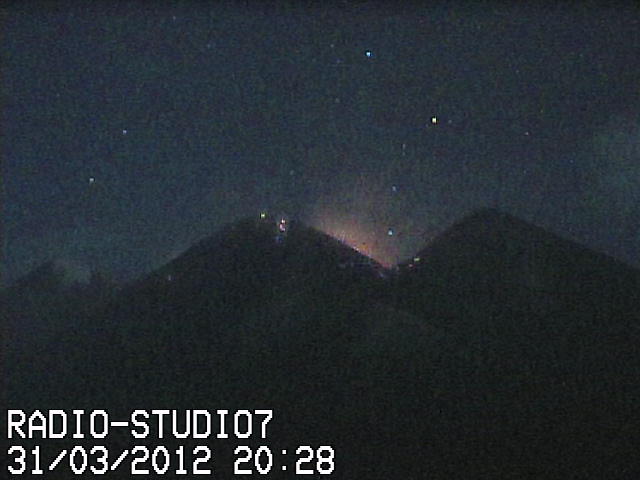 Rising volcanic tremor
After a temporary decrease, tremor has again started to rise and on the webcam, strombolian activity can be seen. Perhaps this time, this IS the start of the next paroxysm?
Update Sat 31 Mar 16:59
It seems that we need to wait a bit more for the next paroxysm. The tremor signal has gone down again somewhat, and no reports of strombolian activity have become available.

Tremor signal on the afternoon of 31 March

Update Sat 31 Mar 11:55
The tremor signal has started to rise sharply, which could mean that the 23rd paroxysm is about to occur. The next hours will show. 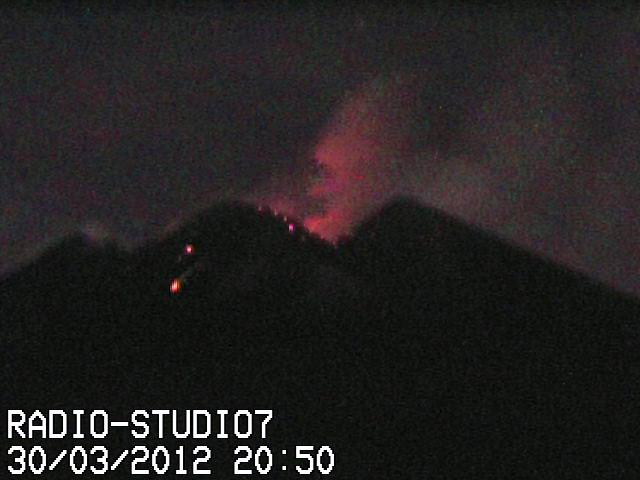 Strombolian explosions from the New SE crater on the evening of March 30, 2012
Strombolian activity continues at the new Southeast Crater crater observed since the late morning.
Explosions throw incandescent material tens of meters beyond the crater edge and, in some cases, bombs fall on the flanks of the cinder cone. During the late afternoon and evening explosions followed one another with an average rate of 20-30 events per hour. The real-time seismic tremor signal shows no substantial changes in amplitude. 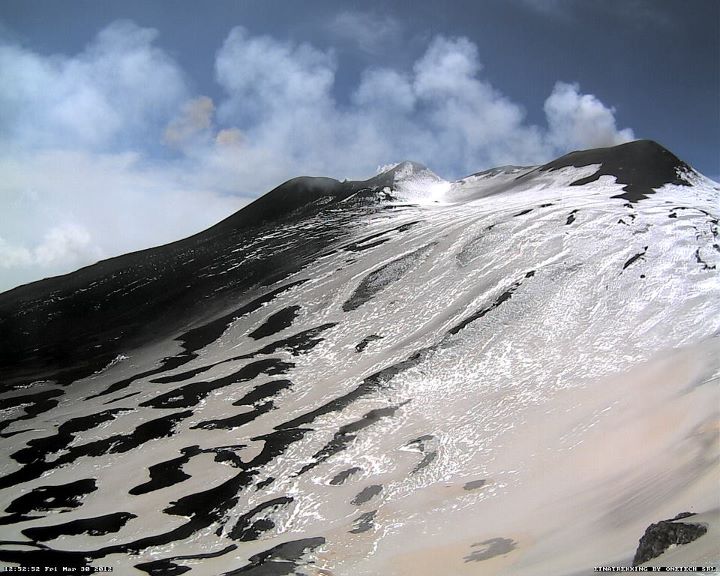 Weak ash emission from the New SE crater of Etna on 30 March (webcam image)
Since this morning, weak Strombolian activity and ash emissions have been observed at the New SE crater. This could be the start of a build-up towards another paroxysm if the eruption pattern is the same as during most of the previous 22 eruptions since early 2011. At the moment, tremor signal is quiet low, but as the past has shown, it could change very quickly. The next paroxysm could probably occur anywhere between today and the next 2 weeks.
Update Mon 19 Mar 18:14
After yesterday's short paroxysm from the New SE crater, Etna is again quiet and innocent. 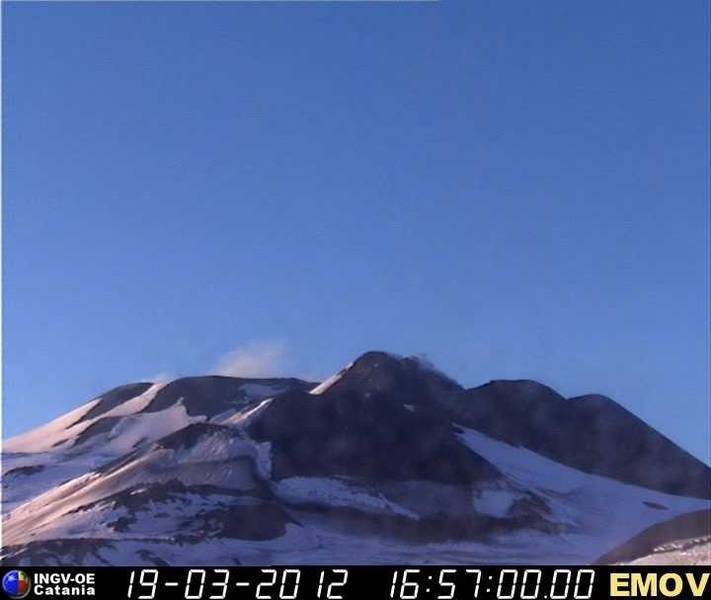 The 23rd paroxysm of the New SE Crater (New SEC) of Etna occurred during the morning of 1 April following 2 weeks of quiescence.
The episode was characterized by tall lava fountains from vents within the crater and on the SE flank of its cone, a gas-and-tephra plume, and lava flows descending toward the Valle del Bove. The paroxysmal phase lasted about 1.5 hours and ended just before daybreak. Ash and lapilli fell over the SE sector of the volcano, affecting mainly the area between Monterosso and Zafferana Etnea, but also the area between Acireale and Giarre, further downslope.
First visit to our site? If you havn't done it yet, download the Volcanoes & Earthquakes app to get one of the fastest volcano news online:
Android | IOS
Try our free app!

Colima volcano photos
This beautiful stratovolcano in western Mexico is one of the most active volcanoes on the American continents. It is known for its often spectacular explosions and sometimes glowing avalanches.
Ijen

Ijen volcano photos
Ijen volcano in East Java is famous for its turquoise acid crater lake and the large sulfur deposits that are being mined by local workers. At night, the scene is illuminated by ghostly blue flames, as sulfur ignites.
Seismographs

Earthquakes near volcanoes
Earthquakes often precede volcanic eruptions. Find out where the latest earthquakes in the vicinity of volcanoes have occurred.
Why is there advertising on this site?